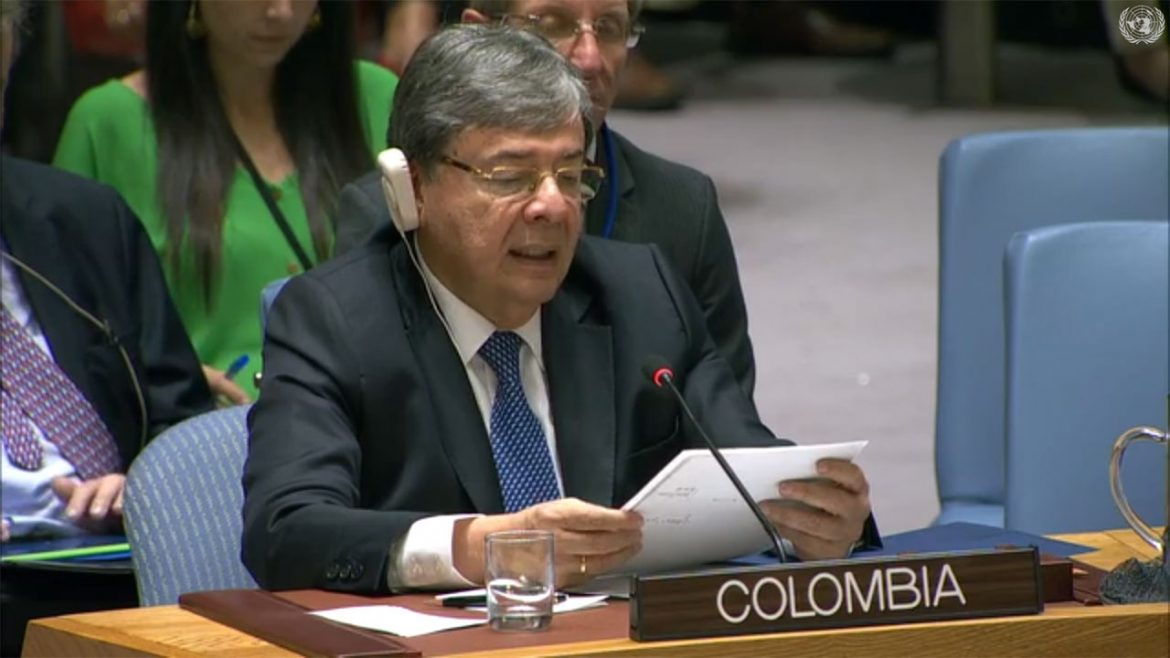 Colombia’s foreign minister announced he wants to run for president in 2022 on Saturday, spurring an investigation by the country’s inspector general for possibly violating electoral law.

Foreign Minister Carlos Holmes Trujillo announced he would be running for president in 2022 at a public appearance at Eafit University in Medellin on Friday, half a year after President Ivan Duque took office.

Opposition Senator Ivan Cepeda (Democratic Pole) criticized Trujillo on Twitter, calling the announcement “improper participation in politics,” adding that it could have disciplinary consequences. “No wonder the cabinet has a 60% disapproval rating,” Cepeda added.

“It is irresponsible to hold public office and be a presidential candidate,” Carrillo told RCN radio. “If he wants to be a candidate, he should resign from his position.”

Carrillo said the action would begin as preventative to ensure Trujillo does not use his power as foreign minister to further his presidential bid and consider whether the fuzzy announcement amounts to a punishable violation.

Following the criticism, Trujillo said in a press release that the response was “relaxed, joking and friendly,” and that his “only goal is to work to implement the policy of President Ivan Duque.”

Trujillo, a traditional dynasty politician from Cali, inherited much of his political clout from his has powerful father and has used government positions to advance his personal career before.