Colombia’s Flower Festival ended on Sunday with the 57th annual traditional march of over 500 “silleteros,” or flower arrangers, down the streets of Medellin.

Over 200,000 people from Medellin, Antioquia, Colombia, and the world enjoyed the march, according to Colombia’s El Espectador newspaper.

The March of the “Silleteros” is perhaps the most important cultural event in Medellin with farmers from Santa Helena carrying their over 100-pound flower arrangements in the sweltering Medellin heat for close to four hours.

There is a saying that goes, “when a silletero passes you, it is Antioquia that passes,” according to El Tiempo newspaper.

The march of farmers and artists displaying their flower arrangements has long been the central event in Medellin’s Flower Festival. Each flower arrangement, or “silleta,” is unique and represents the region the “silletero” come from.

Carlos Zapata was the absolute winner of the festival with his extravagant and colorful “silleta” from Santa Helena, according to RCN radio. 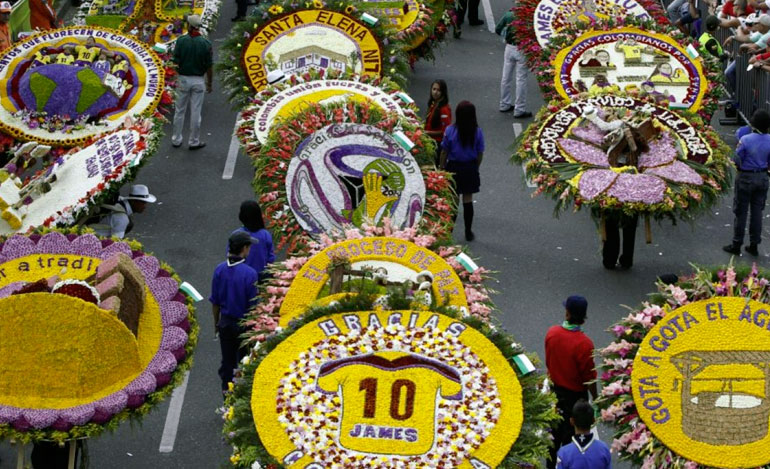