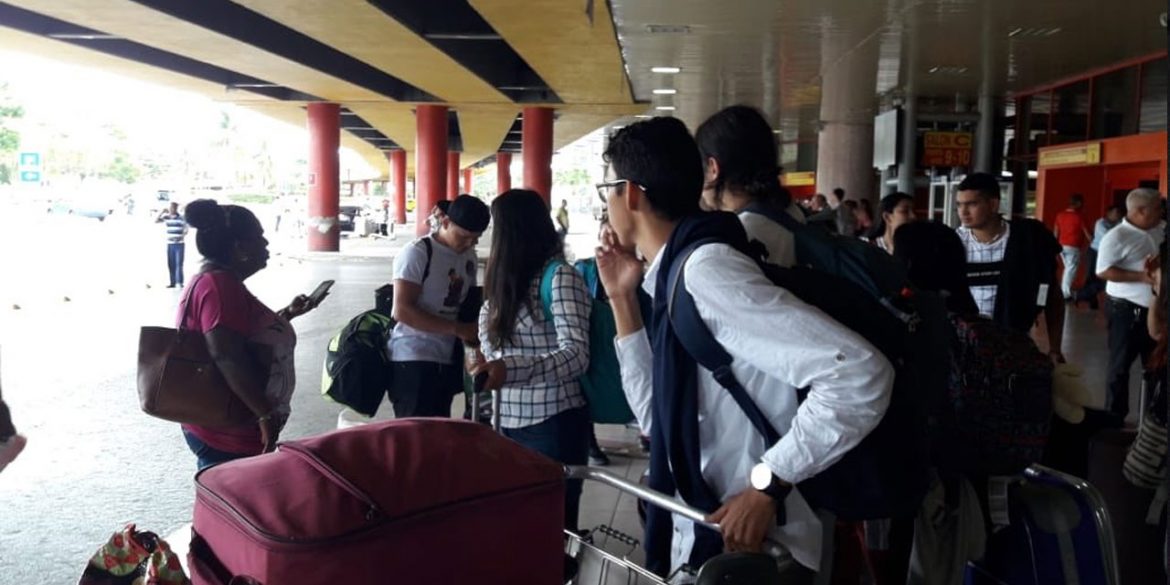 Former FARC rebels and victims of Colombia’s armed conflict flew to Cuba on Tuesday to receive free medical education as part of an ongoing peace process.

The scholarship program is Cuba’s contribution to the peace process that began after a historic peace deal between the FARC and the Colombian government.

Months after the agreement was made, Cuba announced that it was rewarding a total of 1000 scholarships over the course of five years to young Colombians.

This is the second year that some 200 young Colombians will benefit from the program, and the first year that war victims and former combatants can take part.

When the program was announced, the Colombian government directed that half of the scholarships be given to FARC members and the other half to victims of the conflict and low income families.

Many of the former rebels previously worked in a medical capacity without the formal training, using indigenous knowledge of botany to help tend to injured guerrillas.

“I was always known for being good at healing people. Now I want to become a doctor so that I can help vulnerable people,” the news agency AP quoted former FARC medic Jhony Guependo as saying.

For others, the scholarship offers an opportunity to education many people in Colombia’s rural areas otherwise would never had access to.

“I want to be the first person in my family with a college degree. It will be sad to leave everyone behind but in life you have to make sacrifices to become someone and chart a new path for yourself,” 19-year old Johan Arenas told AP.

The program was disclosed in March 2017 in a letter by Cuba’s ambassador to Colombia, Jose Luis Ponce Caraballo, to FARC lead and chief peace negotiator, Ivan Marquez.

The peace agreement brought to an end more than 50 years of armed conflict which cost at least 260,000 Colombians their lives and left more than 7 million displaced.