The small EPL guerrilla group announced Tuesday that it is open to talks with ELN guerrillas to end a turf war that is affecting almost 150,000 people in northeast Colombia.

The group released a statement outlining their intention to put a close to the violence that has seen the region of Catatumbo in the nation’s fall into disarray over the past 41 days at the hands of the two warring guerrilla factions.

The group is a dissident faction of the EPL guerrilla group that, with the exception of its Catatumbo branch, demobilized in 1991. 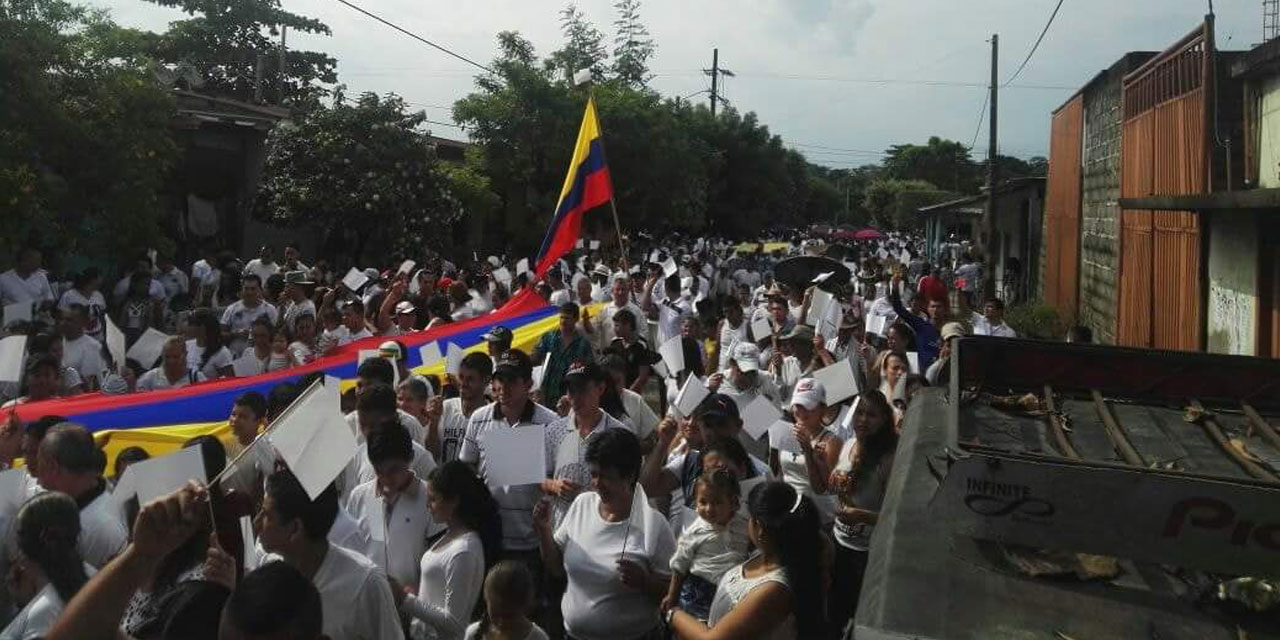 Approximately 5,000 people took to the streets in Catatumbo on Sunday to demand peace. (Image: Twitter)

The guerrillas also announced they would lift their economic shutdown of Catatumbo until Thursday evening, giving the community a chance to breathe, before all economic activities are suspended once more.

“Our organization is willing to lift [the armed strike] as long as the ELN stops harassing our troops and threatens the civilian population and social leaders of the region,” the guerrillas’ statement said.

The group also said they would grant humanitarian organizations like the Red Cross the freedom of passage to facilitate the access to health for local communities.

“Finally, we want to clarify to the people in general that the objective of the armed strike is not to recriminate the communities, on the contrary, it is to shine a focus on the social needs and the state abandonment in the Catatumbo region.”

The government, on their behalf, installed a command post in the region’s Ocaña municipality on Monday, in which various state entities and local leaders will work from. The military sent 2,000 soldiers to the province to combat the lawlessness in the region.

Yet, local leaders say that militarization alone is the not way out of the conflict.

“That shows a lack of knowledge of our reality. They do not live here because, otherwise, they would know the community does not endorse their proposals, it is difficult to solve them,” said Wilder Franco, member of Catatumbo’s Peasant Association.

“We are more afraid of the army,” one local told newspaper El Espectador.

The EPL and ELN went to war with each other last month over a dispute regarding the distribution of territory and criminal activity left abandoned by the FARC, the guerrilla group that demobilized and disarmed last year.

The Catatumbo region has lived under guerrilla rule for decades, largely because of state neglect and abandonment.