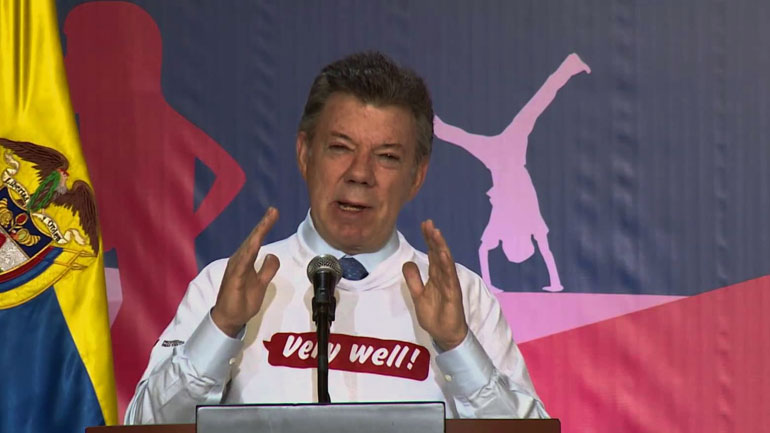 Colombia performed poorly on its 2015 English proficiency exam, receiving a grade of “very low” in a recent global index despite government funds and initiatives pouring into the country’s education sector.

Colombia ranked #57 out of 70 total countries measured in the 2015 annual report by Education First, an international education agency that realizes the world’s largest English skills index.

The report aggregates data from the World Bank, United Nations Human Development Reports, and the CIA World Factbook, in addition to results from national standardized tests and English tests completed by hundreds of thousands of adults around the world.

Out of the 14 Latin American countries measured, Colombia ranked #12, only tailed by Venezuela and El Salvador, with Argentina taking first place in the region.

Unsurprisingly, European countries occupied the top seats on the index, with Switzerland and Netherlands in the highest two respectively.

The most relevant factors analyzed by the reports include Gross National Income, internet penetration, educational spending, average years of schooling and population size.

Colombia marked well below average in all categories but one: educational spending.

According to data from the Ministry of Housing, the national budget allocated over $9 million USD towards education in September of this year alone — more operational funds than for any other sector, including national defense, police, public health and employment.

In June of 2014, Colombian President Juan Manuel Santos and the Minister of Education Maria Fernanda Campo presented to the country the National English Program of 2015-2025, suitably called “Colombia, very well.”

The initiative lead by the Ministry of National Education with other governmental entities and the private sector seeks to develop Colombia’s English proficiency level, and proposes a comprehensive, long-term, and inter-sectoral approach to improve its students’ communication with the world.

Urging private sector representatives, managers and directors of major industries and companies to collaborate, the program will attempt to mobilize educational communities towards higher opportunities in the workplace.

With all of its superlative goals, Santos has high standards for the ambitious program.

“We won’t only be the most educated nation in Latin America in 2025, but also the country in South America that speaks the best English,” the president stated.

The launching of the project has since drawn thousands of foreigners to the country, who are able to easily find jobs teaching English throughout Colombia’s 32 departments — including remote, rural towns with small populations, many of which have tangled histories due to the 51-year-conflict in the country.

“Colombia, very well” continues the implemented strategies of the Ministry, through the Project of Developmental Strengthening of Foreign Language Proficiency, and the recent approval of the Law of Bilingualism (Law 1651 of 2013).

A total of $1.3 billion USD will be invested over the next 10 years towards the components of Basic Education, Superior Education and Labor Force.

The program only began earlier this year, and with the results of the EF Index report, Colombia has a long way to go in the next 10 years in the context of a continued economic slow-down and a countryside rife with poverty and a history of violence.

At the least, the Santos administration has shown dedication to improving the issue, and recognizes the challenges posed by globalization and competitiveness — making the quality of education and the development of foreign language skills, in particular English, ever more important for Colombian children and youth.