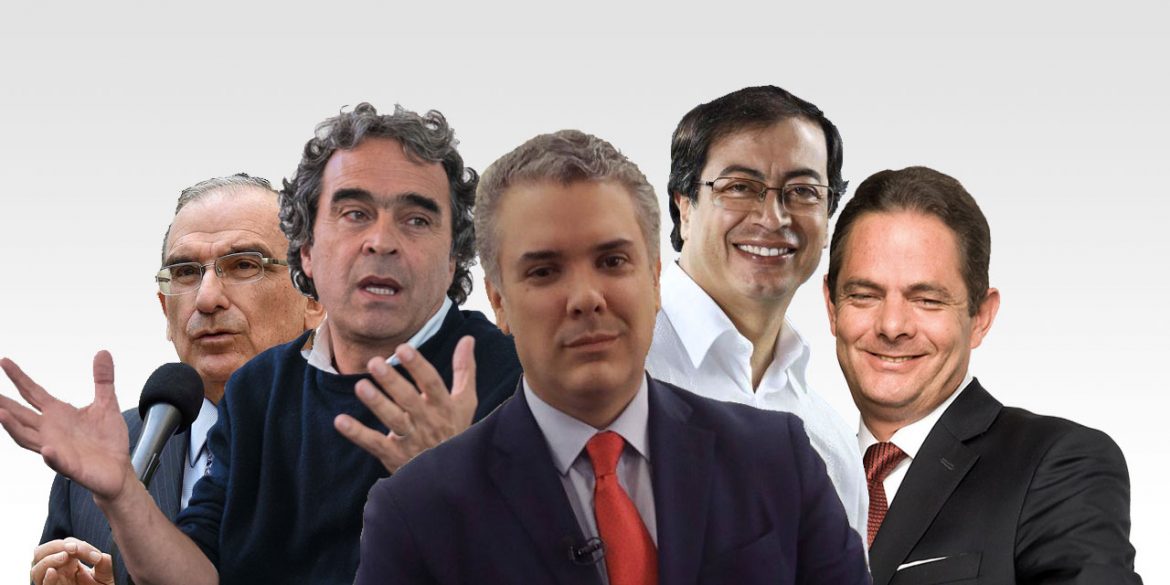 Colombia’s candidates: who’s who and what do they stand for?

Colombia today goes to the ballot box to choose their next leader in the first presidential election since the historic peace deal with the FARC in 2016.

The replacement will fill the shoes of Juan Manuel Santos, who won the Nobel Peace Prize for his role in getting the country’s biggest rebel group to put down their arms and transform into a political party.

Set to be a deeply divisive election, with mudslinging from all sides, it is unlikely a new president will step up to the role today but rather there will be a another election between two hopefuls in June.

But who are the five candidates, how do they stand – and what do they represent? 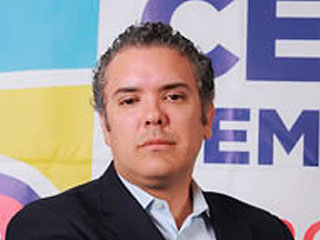 If polls are anything to go by (and they usually aren’t in Colombia), young right-winger Ivan Duque of the Democratic Center party is going to be the country’s next president.

A fierce critic of the peace deal, the protege of former president Alvaro Uribe is dead keen on changing the agreement. He would rather see the FARC behind bars than have a chance in politics.

Duque has also said he will be tough on the country’s last-standing major rebel group, the ELN, who have been in and out of fragile peace talks with the government this year.

With a harsh stance on drugs, another key priority of the 41-year-old lawyer is the complete eradication of the coca crop.

Following Uribe, business-friendly Duque is fiscally right-wing, promising to lower taxes, raise the minimum wage and support oil and mining projects. Critics have frequently brought up that his mentor has is facing hefty criminal charges and his party isn’t as clean as he would like to pretend. 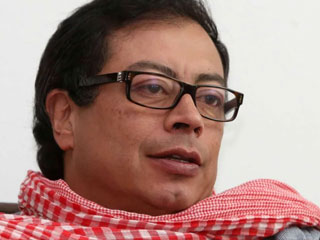 Trailing a little behind Duque in the polls, it looks like leftist Gustavo Petro is the second most-likely contender.

Taking a polar opposite view to Duque on most issues, Petro has more experience having run a presidential campaign before – and previously served as the mayor of Bogota.

Branded as dangerously left-wing by his “Uribista” rival, the former M-19 guerrilla wants to make healthcare available to all, base the economy on agriculture and focus on creating a greener Colombia which will wean itself off fossil fuels.

He is also pro-peace and wishes to keep the agreement as it is.

With a campaign which has been heavily focused on closing the gap between the rich and poor in Colombia, Petro has received a surprising amount of support for a traditionally right-wing country. 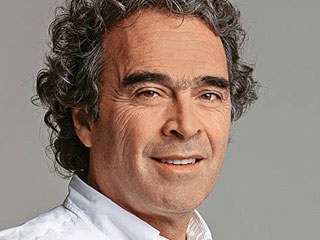 After jumping about in the polls, centrist Sergio Fajardo now stands third place after gaining traction with the younger voters in the country.

With political experience under his wing having served as the governor of his beloved Antioquia, Fajardo has been more ambiguous about where he stands on the political spectrum, and has promised to build a fairer Colombia.

The 61-year-old former mathematics professor has made education the most important part of his campaign, with hopes to increase the government budget and double the amount of children going to school every day.

And as a proponent of the peace deal, he hasn’t criticised the agreement and wants to keep it as it is.

The former mayor of Medellin also hopes to reform the pension system and create 1.5 million jobs. 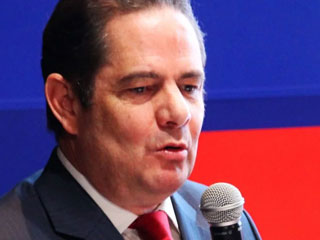 Center-right candidate German Vargas of the Radical Change party was looking very hopeful early on in his campaign, but now trails behind in the polls.

But the former vice-president still stands a chance, with his supporters less fanatical than those who have been on the campaign trail with Duque and Petro.

Another candidate with a good amount of experience, Vargas has the backing of current president Santos. His priorities include lowering taxes, increase foreign investment and the use of aerial fumigation to eradicate coca fields. He also says Colombia’s dependency on oil and mining is unavoidable and hopes to clamp down on illegal mining, something armed groups have profited from for years.

Though not an outspoken critic of the peace deal, Vargas hasn’t been too clear on where he stands.

His party has also been marred with allegations of corruption and links to paramilitary groups. 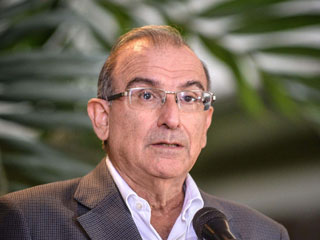 By far the most experienced candidate, a dull campaign has seen former vice-president and the chief negotiator with the FARC Humberto de la Calle trail behind in the others in the polls.

The oldest candidate in the race, 72-year-old de la Calle is obviously keen to keep the peace deal as it is, and help create jobs in areas hit hard by the conflict. The lawyer has previously criticised Duque’s ideas of tampering with the deal.

He is keen on crop substitution, rather than eradication and has expressed his preference for trying FARC members in Colombia rather than extraditing them to the United States.

The centrist candidate also wants to tackle corruption, lower taxes and has proposed a ministry for women to tackle the country’s problem with domestic violence.