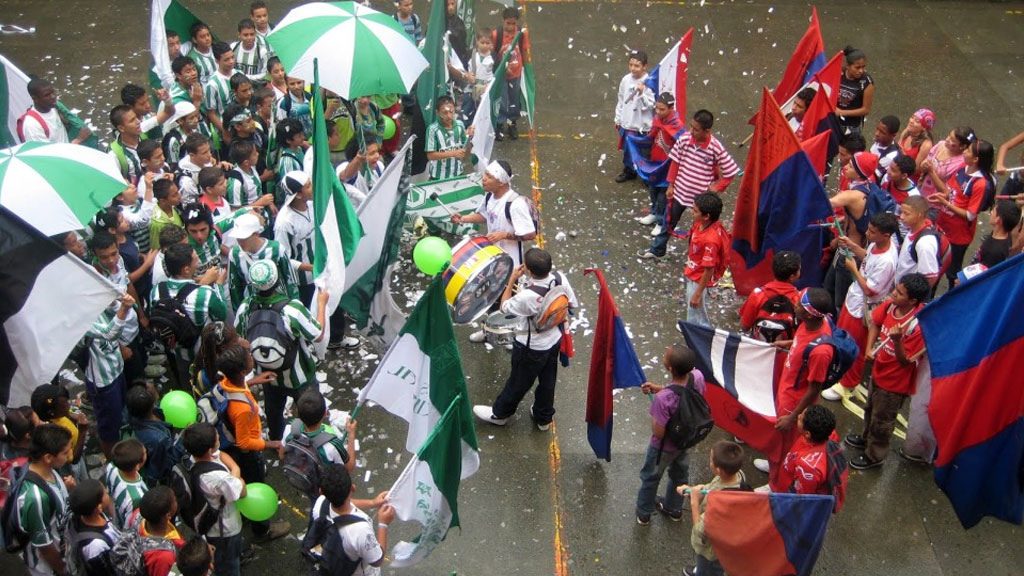 Soccer fans of five cities in Colombia will require a license to attend games from September while a “blacklist” of rioters will also be compiled, authorities announced on Monday.

ID cards and facial recognition cameras are just some of the measures that where announced by the Interior Minister and the Colombian Soccer Federation in their efforts to curb football-related violence.

The new measures will effect the cities of Bogota, Medellin, Cali, Manizales and Barranquilla.

“It can not be that we are talking about peace and we have to witness events as regrettable and reproachable as those that occurred in recent weeks,” said the minister, referring to recent, but common disturbances by traveling soccer fans.

Soccer-related violence is a longstanding problem in Colombia and these new measures aim to tighten security in stadia and provide harsher punishments for offenders.

“Studies were also launched to implement facial recognition cameras in stadiums; in three weeks a study be given to toughen laws against violence in stadiums and ‘blacklists’ of criminals posing as fans in different groups of hooligans of the country’s teams will be published, “said the Minister of the Interior in a statement.

In one month, the Commission Coexistence in Football will meet again to discuss how it will develop measures and will also work with Migration Colombia to prevent criminal acts abroad by travelling fans.

It is expected that by February 2017 badging and biometric entry will tighten the controls on fans gaining access to games.

There will also be stronger sanctions for breaches of rules as well as the publication of public police reports containing names and images of offenders, according to the Colombian Football Federation.