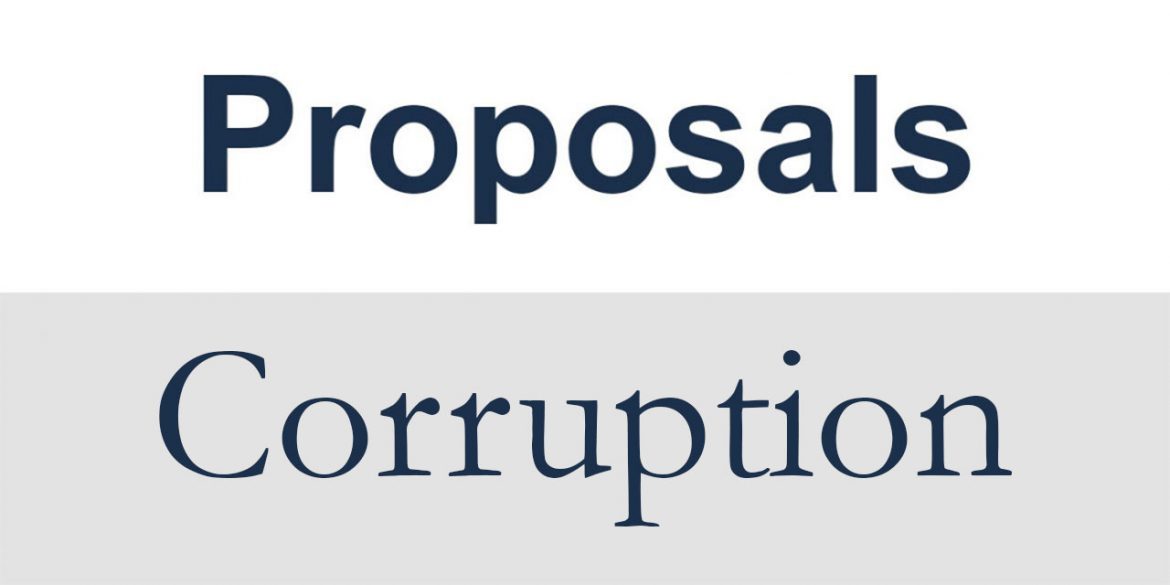 Major corruption scandals that have surged in Colombia over the past few years have put the systemic corruption on the top of most candidates in the country’s presidential election race.

Sergio Fajardo is the presidential candidate for the center-left ‘Colombia Coalition,” which has put corruption at the very top of its agenda.

Many of the former Medellin mayor’s proposals are financed based on the assumption that public funds will come available by eradicating corruption. Fiscal authorities believe 10% of Colombia’s state budget is lost to corruption.

According to Fajardo, reducing corruption begins with the elections. Traditionally, national election candidates rely on regional associates for campaigning and even vote-buying.

This campaigning has often been rewarded by awarding government contracts or positions to the regional power brokers. Fajardo has gone as far as calling these political alliances a “criminal organization” that can best be defeated in the very elections.

“By following the principle of neither a peso for a vote, nor a post, nor a contract for a congressman, will allow us to manage economic and social policy based on clear rules, open doors and transparency,” said Fajardo.

The centrist candidate believes that candidates who do not engage in vote-buying or other forms of voter fraud will be able to transparently manage the national budget, promote better governance and reduce corruption.

Fajardo plans to recover the funds lost to corruption and allocate the money to education, health and to “fulfill the basic rights of Colombians.”

Ivan Duque of the hard-right Democratic Center party believes that closer attention must be paid to how political campaigns are being financed and where the money is coming from.

According to Duque, private individuals should be the only ones able to finance political campaigns.

Duque additionally argues that information on campaign financing must be made available to the public, which is not always happening.

“The budget debate has to also be public,” said the candidate. By more information being made public, Duque is hoping to increase transparency and reduce corruption.

Duque’s sincerity has been questioned by rivals as his political allies have been caught on camera trying to buy political support at rallies. The Democratic Center, like most other political parties, has been embroiled in multiple corruption scandals.

More controversially even, Duque has proposed to formalize the ownership of stolen land that came into the hands of large landowners and corporations during the country’s armed conflict, often with the help of corrupt land registry officials.

Anti-establishment candidate Gustavo Petro has — exactly like Fajardo — put corruption on the top of his agenda.

The former guerrilla and former Bogota mayor has fiercely criticized the country’s political elites for maintaining the corrupt practices that have weakened the political system.

Petro has called for a far-reaching political reform to further separate the branches of power, making it more difficult to peddle influence between for example the judicial and the legislative branch.

Top judges and prosecutors are currently elected with the support of congress, which is widely considered the country’s most corrupt public institution.

“(We must) take politics away from corruption, [and] take justice away from politics, according to Petro.

Petro has also argued to impose harsher jail sentences for those found guilty.

The former mayor of Bogota’s strong stance against corruption has helped him ride the political wave to being one of the front-runners to become Colombia’s next president.

The leader of the corruption-ridden Radical Change party, German Vargas, believes “political will” is key to combating it.

“No new resolutions or laws are needed, only the political will to enforce those that already exist to punish the corrupt,” Vargas said.

The former vice-president corruption to a “thousand-headed monster that is reinvented daily” and proposed the creation of several judicial bodies to counter the practices.

“We will create the Court of Accounts, we will eliminate the regional Comptrollers, we will implement a Code of Good Corporate Governance, we will set in motion an arsenal of rules on hiring and we will strengthen justice,” Vargas said.

“I have dedicated my whole life to the fight against corruption,” the candidate said on Twitter. “From the legislative point of view, I have been part of 72 anti-corruption projects, 49 have become laws. It’s been 30 years of dedication to this cause.”

Vargas assured that Colombia has an “arsenal of weapons” to combat corruption but concedes the current model needs to be revamped.

Vargas’ campaign has been accused of vote-buying and the illegal use of state officials to promote the candidacy of the party leader.