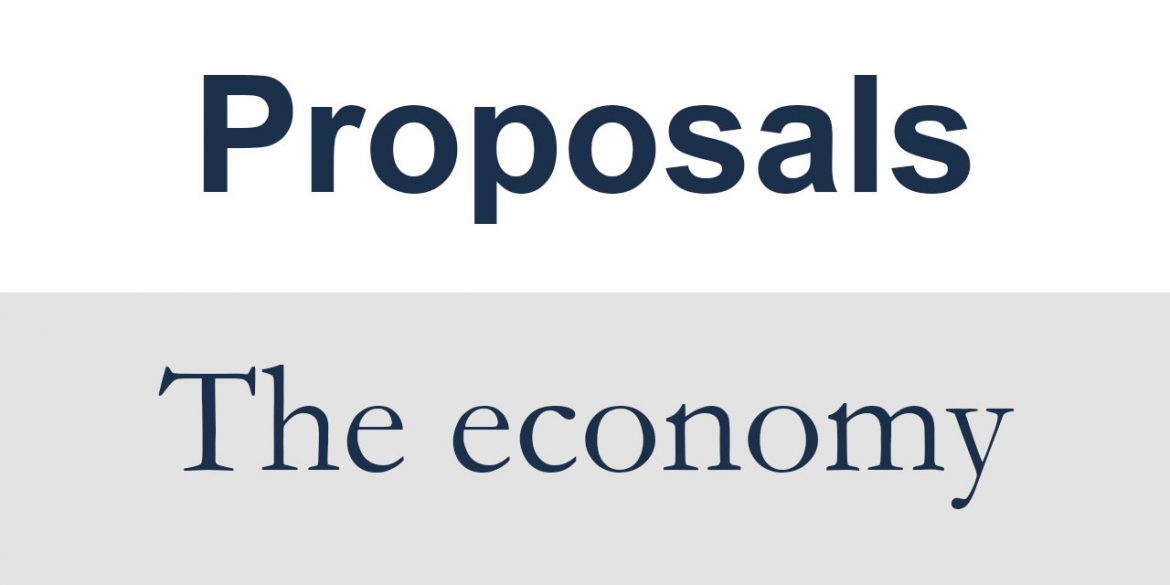 Colombia will take to the polls to elect a new president in May. These are the leading candidates’ proposals on how they want to develop the country’s economy.

The social democrat’s “Economic Policy for a Humane Colombia” claims the country must diminish its dependence on fossil fuels and stimulate manufacturing, clean energy and agriculture.

“We propose moving towards a model that turns Colombia into an agricultural and environmental power, and allows the integral development of the manufacturing industry. That is to say, we propose the opposite of what is happening in both Venezuela and in Colombia today,” said the candidate.

In an attempt to increase agricultural productivity, Petro wants to tackle extreme land inequality by introducing a progressive tax on “latifundia,” huge estates initially laid out by Spanish colonists.

Opposing ranchers have claimed this would open the door to the expropriation of private property.

This investment in education is necessary, according to Petro, to develop the manufacturing of capital goods and grow the middle class.

Among other things, Petro promised that (1) under his government Colombia will stop relying on oil and coal, (2) that it will increase spending on education by $15 billion (on top of the current $30 billion), (3) promised to “democratize land property” at the point of forcing the landowners of extensive “unproductive” lands to sell their lands via the imposition of prohibitive taxes, (4) to end health intermediaries, (5) and 4G private investment in roads, and (6) promised, more or less, that in “Humane Colombia” will all live in opulence. Obviously, the “where the hell” the money is going to come from to finance all these beauties was left out.

First and foremost, the candidate wants to eradicate corruption that “will allow us to carry out an economic and social policy based on clear rules, open doors and transparency.”

Fajardo believes that reducing widespread corruption will free up budget for the stimulation of “education, science, technology, innovation entrepreneurship and culture.”

This would allow the country to move away from its oil dependency and diversify the economy.

The centrist politician vows to increase public spending on education by 10% per year in order to stimulate this diversification, and increase competitiveness and productivity.

Fajardo seeks to promote private land ownership for small farmers, the majority of whom either rent plots from large land owners or work land that was never formalized.

Public spending on road infrastructure would allow larger parts of the country to take part in the formal economy, he believes.

Fajardo believes that the cornerstone of a healthy Colombian economy is based upon “cooperation” between the public and private sectors, where “the State is a partner and guarantor of the private sector.”

Fundamentally, he believes that the private sector should indicate what the bottlenecks for economic growth are to allow the government to remove them.

The proposal, while touching on the relevant aspects of Colombia’s economic future, lacks depth and defining the connection between them. In my opinion, and due to professional distortion, I believe that not considering aspects related to the internationalization of the economy is a major flaw.

The economic proposals of right-wing Democratic Center Party candidate Ivan Duque center upon lowering taxes and promote big business both in the countryside and in cities.

Unlike Petro and Fajardo, Duque proposes to promote large-scale agriculture with subsidies to increase productivity.

Duque vows to lower taxes by lowering public spending and clamping down on tax evasion.

The conservative candidate vows to “reduce the evasion of income and sales taxes by 50% by the year 2022, through technology platforms, electronic invoicing and big data.”

Additionally, Duque seeks to “lower the tax rates for companies that generate employment. We will have six days without VAT per year. We will simplify the tax system, we will encourage investment and labor formalization.”

The conservative filed no new proposals for the oil and mining industry, which currently accounts for more than half of the country’s exports.

Duque believes that manufacturing growth can be obtained through the stimulation of entrepreneurship in new technologies.

This “orange economy” would receive support from a dedicated ministry, a public investment fund and public education institutes.

Based on the document “Proposals for the Future of Colombia” by candidate Ivan Duque, the spirit of continuity in the essential structure of the country prevails, without proposing anything new or promising, apart from the indignation of not having governed for the last eight years.

His policy is closest to that of outgoing President Juan Manuel Santos who sought the creation of jobs through public investment in housing and infrastructure.

“From the State we will promote the most ambitious plan in terms of active policy for employment, we will grow to more than 5%, generating millions of jobs in the housing sector,” Vargas told local media.

Vargas believed Colombia’s dependency on oil and mining is unavoidable and must be used to finance economic diversification.

“We must make Colombians understand that if we want to advance in the social sphere, in the next few years we will continue to depend on the sector,” according to Vargas.

The center right candidate wants to clamp down on informal and illegal mining that has mushroomed over the past decades.

In addition to the creation of new jobs and tackling the problems in the oil and mining sectors, Vargas would also offer tax incentives for private companies that finance sports competitions and the construction of more sporting infrastructure in all regions.

“Strengthening the practice of sport will be a priority for my government. For this we need the support of the private sector and therefore we will give tax benefits for private companies that finance sports competitions in schools and universities,” explained the candidate to El Tiempo newspaper.

According to Vargas, this would facilitate the promotion of “real estate mega-projects, in which sports scenarios are the anchor of their development.”

The diagnosis is based on a fundamental error: to think that the sustainability of growth derives from large mining and energy projects. Exactly these projects led to a profound Dutch disease and the destruction of the country’s industrial and agricultural machinery. The mining and energy sector has not been key to economic growth. Quite the opposite. Enclave economies were generated that together with the revaluation of the peso, turned the country into a gigantic flee market.