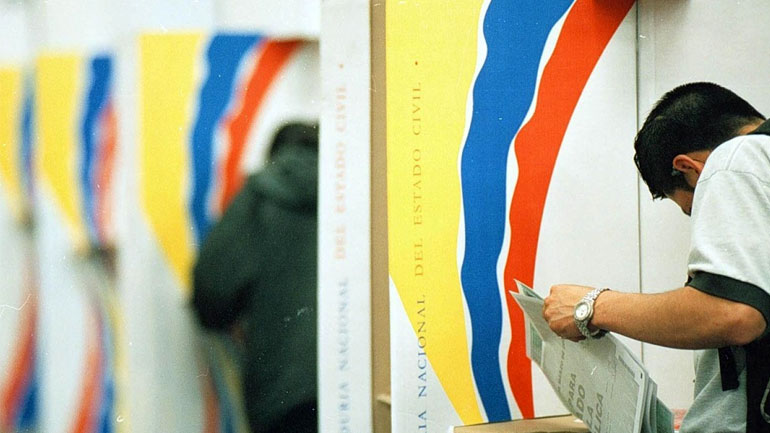 Colombia’s 2015 local elections that are set for Sunday have been marred with corruption scandals for weeks. A look at the numbers makes it evident how anti-corruption agents are fighting an uphill battle.

Colombia has a population of 48 million, According to the National Registry, 33.8 million of these citizens are eligible to vote.

During the last local elections in 2011, 57% of voters actually turned up at the ballot box, a surprising 13 percentage point more than during 2014’s congressional election.

If on Sunday a similar percentage of voters appear, this would mean that 19.3 million people will be casting a vote.

However, the National Electoral Council annulled the recent expedition of 1.6 million ID cards, equal to 8.3% of the potential votes, after the individuals were found not to be living at the addresses stated on their ID’s.

Some 6,550 voter registrations corresponded to citizens who had died.

To make matters worse, 20,000 candidates have pending criminal investigations against them, according to the Prosecutor General’s Office (PGO).

More than 1,000 candidates have been removed from the ballots due to criminal convictions or disciplinary sanctions that bar them from holding any kind of public office.

The PGO opened 916 investigations over electoral fraud and began the prosecution of more than 50 allegedly criminal candidates.

Of the investigations, 515 relate to fraud in registration certificates, 127 to voter corruption, 84 to voter constraint and 55 to the alleged concealment and retention of identity cards.

How much corrupted votes authorities have not been able to prevent might remain elusive forever.