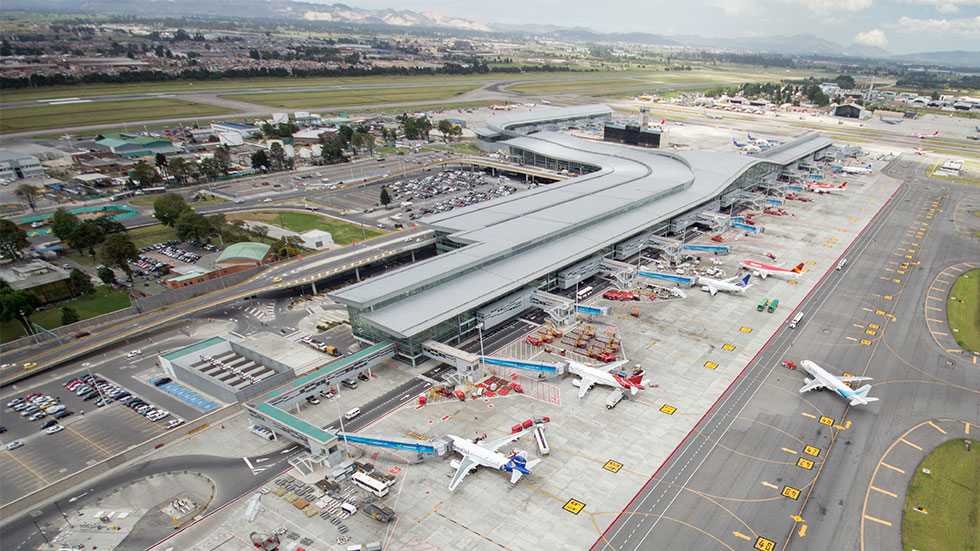 Amid increased tourism, Colombia is rapidly expanding its airports and number of airports. These were 2016’s most popular air destinations.

According to civil aviation agency Aerocivil, airports on the Caribbean coast experienced the biggest surge in popularity last year.

The airport has been named the best airport in South America 2016 by World Airport Awards.

Jose M. Cordova Airport in Rionegro serves the popular tourist destination of Medellin and is the largest of the city’s two airports.

The city’s rising popularity has meant over 6 million passengers passed through the airport in 2016.

International destinations include the United States, Europe, Central America and the Caribbean.

Surrounded by mountains up to 14,000 meters high, the airport is strategically located for flights along the Pacific coast that connects North and South America.

The airport welcomed 20.3% more travellers last year than it did in 2015 making it largest airport in Colombia’s northern Caribbean region.

Rafael Nunez Airport serves as a main point of entry for tourists from North America, with direct flights to New York, Miami and Montreal.

Over the last year the airport saw passenger numbers jump by 11.5% as more people flew into the Caribbean destination.

The airport owes its name to one of the pioneers of Colombian aviation, Ernesto Cortissoz.

Gustavo Rojas Airport is the main airport in the archipelago of San Andres, Providencia and Santa Catalina.

Most of the passengers arriving at San Andres come from continental Colombia, due to poor direct international services to the Island.

Situated 800km northwest of Colombia, the coral island in the Caribbean sea has long been a popular tourist destination, with more than 688,000 travellers passing through its airport between January and April 2016

Palonegro Airport serves the city of Bucamaranga, capital of the department of Santander, Colombia.

Connected to the city by a mountain road, the airport receives flights from major cities in Colombia as well as international flights from Panama.

Also known as “The City of Parks”, Bucamaranga has over 160 parks scattered throughout the city.

Matecaña Airport is in the city of Pereira, the second largest city in Colombia’s Paisa region.

Located in the foothills of the Andes, the airport serves as a point of entry to the Colombian coffee growing region, also know as the Coffee Triangle.

The area has becoming increasingly popular, with companies offering tours and hikes to the many coffee farms.

A popular destination for tourists, almost 500,000 passengers passed through between January and April of last year.

Santa Marta was the first Spanish settlement in Colombia and the second oldest city in South America.

It used to be the city’s main airport, but its location inside the city until it outgrew Medellin and city authorities in the 1970s decided to construct the Jose M. Cordova Airport

Since the opening of that airport, Olaya Herrera Airport has seen passenger numbers stagnate and recorded a 0.5% drop in passengers last year.