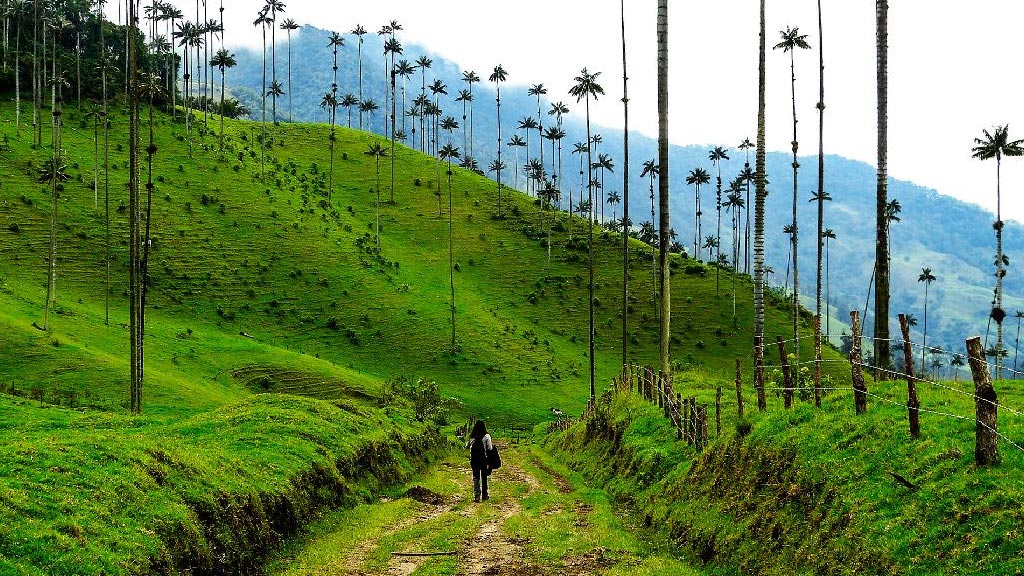 For the second time in one month, Colombians are infuriated over mining plans in one of their country’s most treasured natural sites.

Several concessions are currently being considered for open-pit gold mining projects in one of the most beautiful environmental reserves in all of Colombia, the Valley of Cocora in the department of Quindio.

The proposals would span over 12,000 hectares near the town of Salento in this famed coffee region, a famous destination for tourists who come to marvel at the wax palm trees, one of Colombia’s most important national emblems.

The valley supports a delicate yet richly diverse ecosystem, as the palms provide an important sanctuary for rare species like the endangered yellow-eared parrot and the Andean condor.

The proposed plans have made Colombians particularly incredulous since merely last month, another of their world famous environmental landmarks was also on the auction block for its fracking potential.

Though eventually denied, the government was considering a bid from US oil company Hupecol to drill 150 exploratory holes near the iconic Caño Cristales River in the Macarena region.

Tired of their government parceling out their natural heritage to multinational corporations, locals have been furiously protesting the Corcora proposals with the hashtags #NoalaMegamineraenSalento (No to mega-mining in Salento) and #YoDefiendoLaPalmaDeCera (I defend the wax palm).

According to Salento’s Ombudsman, Tatiana Herrera, there’s a social movement ready to “tie themselves to the wax palms so they won’t be destroyed,” she told newspaper El Tiempo.

The community feels impotent because it doesn’t know what to do. This is why from the Ombudsman’s Office we are undertaking a crusade to strengthen ourselves and be able to reach the ultimate legal bodies in order to stop these projects.

Herrera has already created an online petition called “Stop megamining in Salento” that currently has more than 12,000 signatures.

Almost insultingly, the National Mining Agency (ANM) has given the municipality 30 days to prepare the environmental, social, and technical studies necessary to determine whether the projects should proceed, according to El Tiempo.

At the moment, no mining title has been granted in the area around Salento. Much to locals’ surprise, however, the area is not technically excluded from mining operations.

According to the ANM, this means they must “give each concession its due diligence,” reported El Tiempo newspaper.