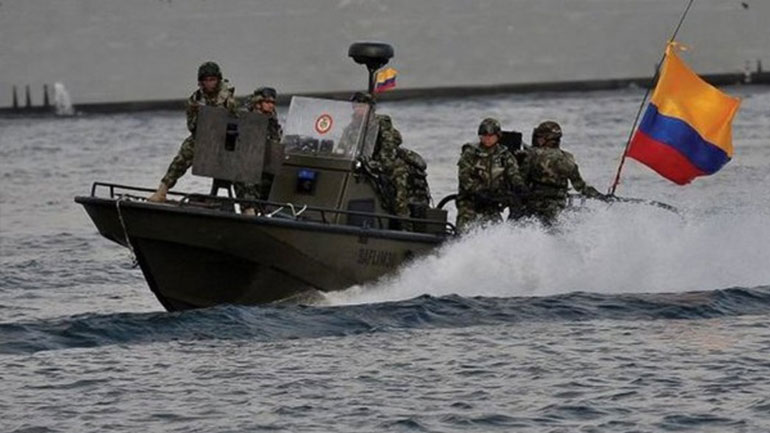 Colombia’s Navy and Coast Guard said Tuesday they had rescued 35 tourists in a boat who found themselves adrift among high waves and harsh weather conditions.

According to preliminary information based on the passengers’ testimonies, a fault in the engine caused the boat to stay adrift while on its way to the Rosario islands. Harsh weather conditions and high waves which occur in the area caused water to spill into the boat, until it finally capsized.

The heroes of the morning were the Cartagena Coast Guard, who brought transport boats to evacuate the individuals from the sea.

The tourists, including seven minors, were rescued from the capsized ship. Also among the shipwreck were eight foreigners, seven Ecuadoreans and one United States citizen.

The rescued individuals were transported by the National Navy to the Coast Guard Station in Cartagena, where they received basic medical attention.

Fortunately, the shipwrecked passengers found themselves adrift for only 40 minutes.

Additionally, Colombia’s Navy said Monday it rescued 20 Cuban migrants from a ship that had gone adrift just off the country’s Caribbean coast near Panama.

So far this year, Colombian coastal authorities like the Navy and the Coast Guard have saved 466 people in 110 search and rescue missions, and have intercepted more than 500 illegal immigrants in the Caribbean. Hundreds of others have been detained in the country’s Pacific waters.