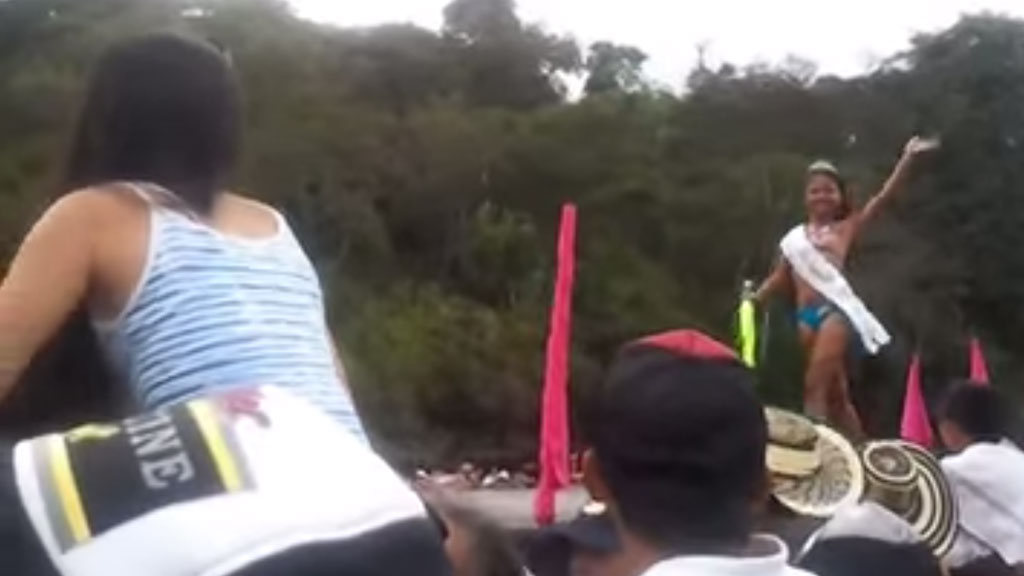 Colombia’s child protection agency said Tuesday that it has launched an investigation into a local beauty pageant in which girls under eleven parade in skimpy swimwear.

The so called ‘Little Miss Thong’ competition, which supporters describe as a 20-year-old tradition of the town of Barbosa, Santander has been hit by controversy and opposition as suggestions of prostitution and child pornography have arisen in the wake of the event.

The Colombian family welfare institute ICBF announced that it would be carrying out an investigation into the parents of 10 children aged between seven and 11 years who participated, stating that the parents could face losing custody of their children. In addition, the local authorities, sponsors and media will also be subject to investigation following their involvement in the event.

The parents of the ten children have defended their decision to allow their daughters to participate. “It has nothing to do with prostitution and child pornography. Like a career in modelling, it is something that is done innocently: it’s a dream. What little girl does not dream of being a princess or queen?” asked the mother of two girls who participated in the contest.

The Mayor of Barbosa, Rocío Galeano, has also jumped to the defense of the contest arguing that the girls enroll voluntarily with the permission of their parents and the competition does not have any sexual connotation.

However, the Director of the ICBF, Cristina Plazas, took to twitter to declare the competition a “shameful violation of the rights of girls,” and criticized the parents of participants arguing that they should be protecting their children rather than putting them at risk. Plazas went on to state that the ICBF will not allow the continuation of such events in country and made a call to all Colombians to protect the rights of children.

In addition, a local human rights foundation that specializes in family and children’s rights, added that an event of this kind goes against the Code for Children and Adolescents and the fundamental rights of children.

The media institutions which covered the event have also come under fire as questions have been raised over whether the coverage violated the legal Code for Children and Adolescents which states that the media cannot post anything that infringes on the rights of minors.

This controversy can be added to a long list of inquiries into Children’s Rights which have occurred in the last year. A report conducted in November 2014 by the country’s Medical Examiner’s found that two children are sexually abused every hour in Colombia.