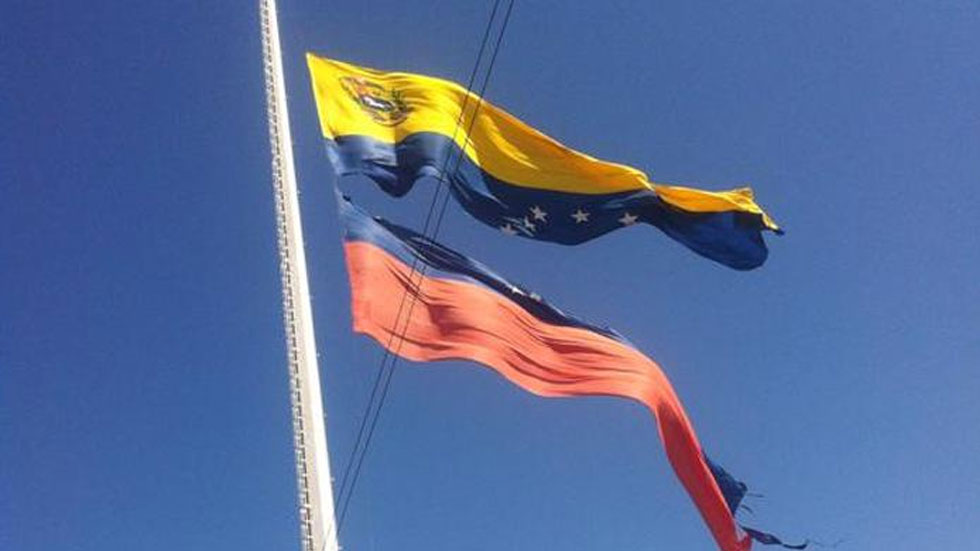 Colombia will not recognize result of Venezuela assembly vote

Colombian President Juan Manuel Santos said on Friday the Andean country will not recognize the result of an “illegitimate” assembly vote in neighboring Venezuela, amid opposition concerns that the election will lead to dictatorship.

“This constituent assembly has an illegitimate origin, and because of that, we cannot recognize its result,” said Santos, speaking at an education event and repeating a call for a peaceful solution to unrest in Venezuela.

Relations between the South American neighbors have been tense for years. Venezuela has closed the border several times in a crackdown on smugglers and it deported hundreds of Colombians it accused of criminal activities in 2015.

Some families were leaving Venezuela ahead of the Sunday vote for a controversial legislative superbody, which will have the power to rewrite the constitution and dissolve state institutions.

Venezuelan President Nicolas Maduro has said the election for a 545-member assembly will bring peace to the country after four months of opposition protests and clashes with security forces, in which at least 111 people have been killed. Opposition parties are boycotting the vote.

Colombia also said on Friday it would give special visa extensions to more than 150,000 Venezuelans who have over-stayed their permits.

The visa measure, effective immediately, will apply to Venezuelans with expired temporary visas as well as those with tourist visas who wish to remain, the foreign ministry and migration authority said in a joint statement. The extension lasts for 90 days and can be renewed for up to two years.

The measure may also be an effort by Colombia to get a handle on just how many Venezuelans are living in the country with expired or tourist permits.

Venezuelans fleeing acute food shortages, high crime and political unrest have flooded across the border to Colombia in recent years. Some visit to buy groceries, while others begin lives from scratch, often working informally and without residency visas.

Venezuelans will have 90 days to apply for the visa extension. Those without entry stamps in their passports and people with criminal records or already in the process of being deported will not be eligible.

“This measure is meant to help Venezuelan citizens who have complied with migration rules but due to different factors currently find themselves in an irregular situation or have permissions that are about to expire,” the statement said.

The extensions “should be understood by migrants as Colombia’s vote of confidence in them,” Christian Kruger, the head of Colombia’s migration authority said in the statement.