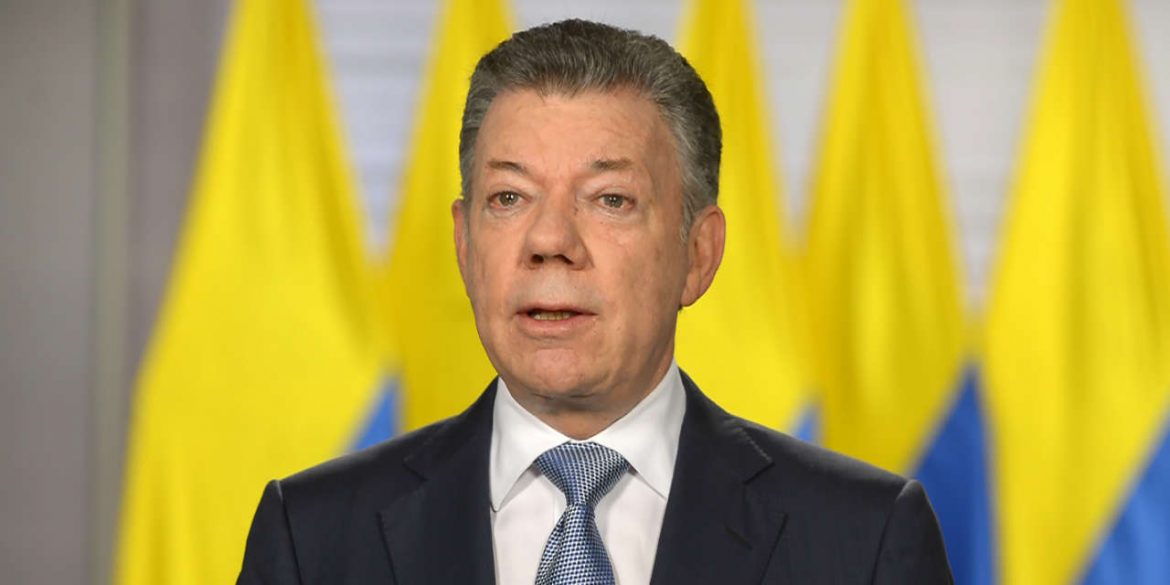 Colombia will not participate in NATO Wars: Santos

Colombia’s president declared on Monday that the South American country would not “participate in NATO military operations,” after it partnered with the North American “freedom and security” global partnership last year.

Colombia is a “global partner,” meaning it would participate in areas of cyber and maritime security, terrorism and ties to organized crime, according to NATO’s website.

The alliance was agreed to last year after the FARC peace agreement was signed, but Juan Manuel Santos officially addressed it on May 25 of this year.

Santos’ comments on Monday come after Venezuela denounced the partnership as a “serious threat to regional peace and stability”.

Colombia’s Defense Minister Luis Carlos Villegas reiterated to LA FM what the global partnership meant, and said its membership in the OECD and NATO was not to incite “a commercial war” with Venezuela, nor “for [military] war, its simply to belong to the best instances of good practices”.

Colombia’s constitutional court had originally invalidated the exchange of classified intelligence between the government and NATO in 2015 because of “procedural irregularities” in how voting was performed in the Senate for a law supposed to allow the exchange of intelligence.

Santos has welcomed the development, claiming that “Colombia benefits a lot from being an active part of the international community.”

“Many of the problems we face are increasingly global and need the support and collaboration of other countries for their solution,” added the outgoing head of state.

Santos will meet with NATO’s Secretary General on Thursday in Brussels to sign a formal agreement.