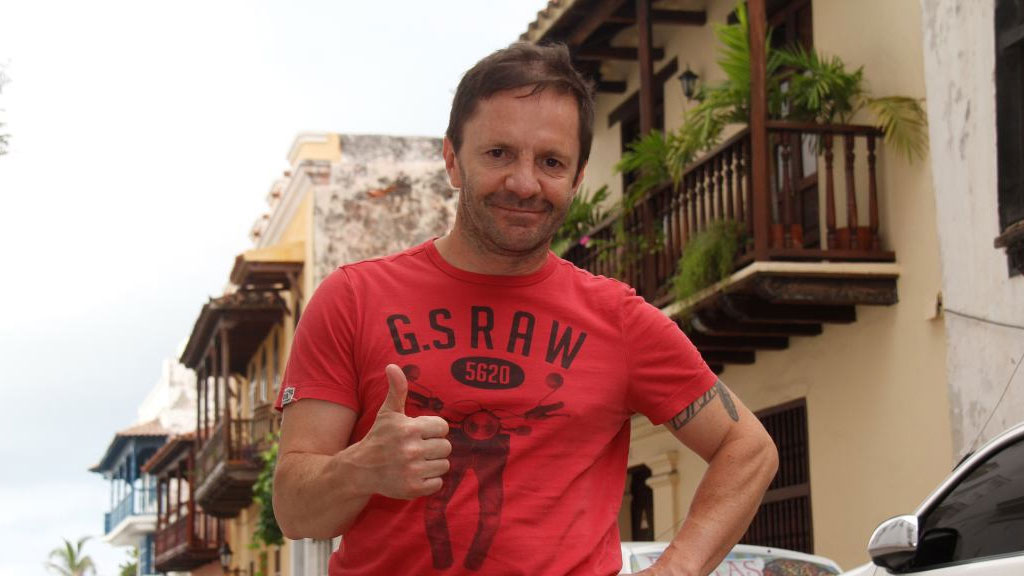 Pirry, one of Colombia’s most popular news programs in recent history, had its final airing on Sunday, after 13 years providing news and perspectives through the eyes of the hugely popular William Arthur Prieto, known as “Pirry.”

Pirry’s farewell comes at the height of his fame, which has cemented him as a national figure through his journalistic work for television channel RCN, despite never having formally trained in the profession.

In early 2000, Colombian viewers began to follow weekly television show “Snipers,” in which Pirry — with multi-colored hair and various facial piercings — would entertain through courageous acts such as 10,000 feet parachute jumps, and entering the cage of hungry lions. His bravery was admirable and Colombia’s youth longed to emulate him.

Two years later, Pirry came up with the idea to create an episode following how a contingent of soldiers guarding the towers in the Sumapaz mountains spent their Christmas; despite the fact the conditions could have given him and his cameraman hypothermia.

Former RCN News director Alvaro Garcia subsequently gave Pirry the funding to continue creating episodes involving the themes of war and peace. However, it was not for the variety show that Pirry had previously featured in, but for inclusion in the national news broadcast.

Months later, Pirry won his first Simon Bolivar Prize, the national journalism award, for the chronicle of the soldiers.

“The World According to Pirry”

In 2004, the television star was boosted to greater heights when given his own slot on RCN.

“The World According to Pirry” documentaries began in a low-budget format with small cameras and a tiny workforce of three. Television “experts” did not predict great success from the show, but they were wrong, very wrong.

Each week Pirry and his team would tell stories from remote corners of the world. Through the shows they visited more than 40 countries, climbed the highest mountain in the world and plunged into the deepest seas on the planet.

In 2005, Pirry undertook a two-year long process to seal a hugely controversial interview with child rapist and murderer Luis Alfredo Garavito. For maximum preparation, the courageous journalist took classes with criminal profilers for the FBI in Miama and the CTI in Colombia, before finally facing Garavito, who admittedly raped and killed 147 young boys and is suspected of having killed as much as twice as many.

Following this success, Pirry was handed the primetime slot on a Sunday night, and the program “Pirry Specials” was born. His team by now had grown to 17 professionals working around the clock to create his impressive articles and reports.

Pirry’s hard-hitting journalism subsequently covered a wide range of polemic issues, and his revealing reports began to make a difference on the television network mainly famous for its abundance of “telenovelas” and a newsteam that seemed to be more interested in Colombia’s rich and famous than issues on the public agenda.

One documentary forced the government to seriously turn their attention to the problem of severely impoverished children in the province of La Guajira, while another concerning euthanasia catalyzed the drafting of a law on assisted suicide. Pirry earned another Simon Bolivar.

Now, at the age of 45, Pirry has retired, following a whirlwind career that has created a legacy Colombia will no doubt long cherish.