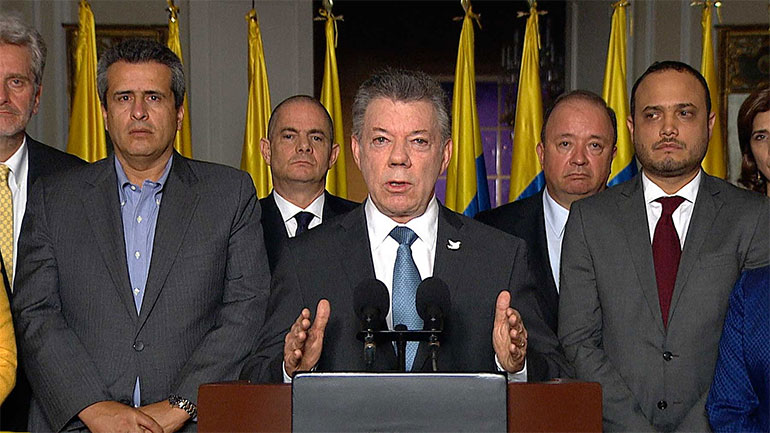 Colombia walks out of UN case over Nicaragua border row

Colombia will no longer participate in proceedings at the International Court of Justice in a long-running dispute with Nicaragua over a Caribbean archipelago.

President Juan Manuel Santos announced the decision Thursday after the court based in The Hague, Netherlands, rejected Colombia’s assertion that it had no jurisdiction to determine maritime boundaries between the two countries.

Santos said the border dispute should be resolved only through direct negotiations with Nicaragua.

The United Nations’ highest court in 2012 affirmed Colombian sovereignty over the San Andres archipelago, but ruled that some waters around the islands belong to Nicaragua. The decision outraged Colombia.

Nicaragua filed a complaint at the court a year later accusing Colombia of breaching its obligation not to violate Nicaragua’s maritime zones as set out in the 2012 ruling.

Nicaragua’s representative at the Hague, Carlos Arguello, called the court’s ruling “a total victory for Nicaragua” and noted the ruling doesn’t decide territorial issues, but does open the way for arguments. He suggested Nicaragua would push ahead with proceedings before the court.

“This now means the court will start examining the underlying issues,” said Arguello, adding “if this process follows its normal course, it could take a couple more years, easily.”