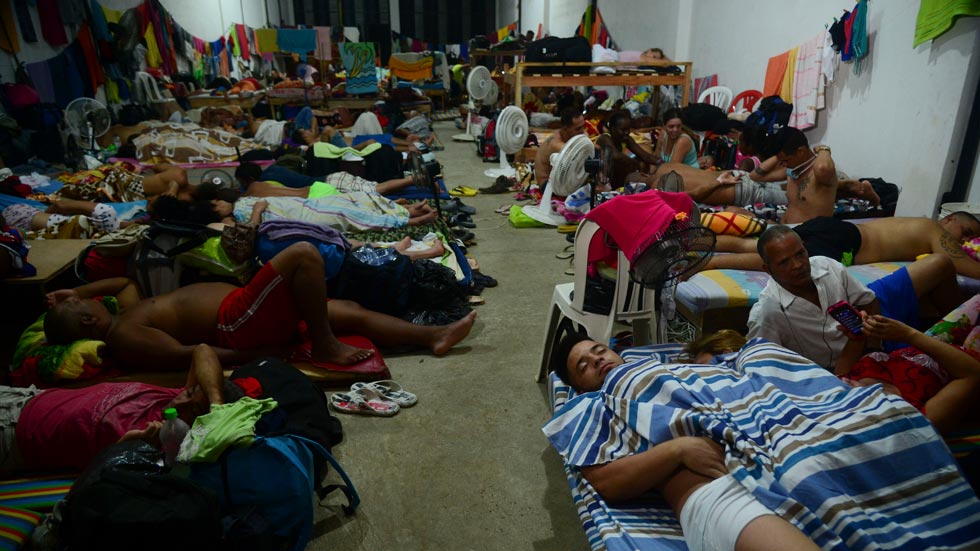 Colombia port town Turbo on the Caribbean coast is set to declare a state of emergency as migrants already in excess of 4,000 continue to arrive and national authorities allegedly remain inactive.

Local authorities told local media the number is growing daily and more than 900 families seeking to use Panama as a “bridge” to reach Central America and ultimately the United States are currently stuck in the town.

“The truth is we have not received assistance from the National Government and we are thinking of declaring a public emergency for the government to arrange the resources required to address this situation because they keep coming to our population, and among these there are also children being born “confirmed mayor Abuchar Gonzalez.

Cubans stranded in Colombia beg for passage to US

The mayor estimates that there are 4,000 migrants in the municipality but the figure growing amid the crisis

Of the 4,000 people which comprise of 900 families, some of whom have the economic capacity to rent houses or pay for lodgings with local families while 1,300 more are occupying a warehouse.

Mayor Gonzalez called on assistance from the National Government speaking after one of the migrants gave birth to a baby in the town of Uraba warning that there are 15 more children soon to be born as the humanitarian crisis continues.

Gonzalez put it simply by saying that “the municipality does not have the capacity” to deal with the crisis.

Foreign Minister Maria Angela Holguin said that this is a complex and complicated humanitarian situation,and expressed her concerns about suggestions that deportation to Mexico is a viable solution.

“If we deport to Mexico we are going to create a permanent flow because they know that in Colombia, come the end of the day, under pressure, they will end in Mexico, a step the United States.”

The number of Cubans heading north surged in the last year in part due to their fears that recent rapprochement between Havana and Washington could end those preferential U.S. policies aswell as the imminent change in President in the White House.