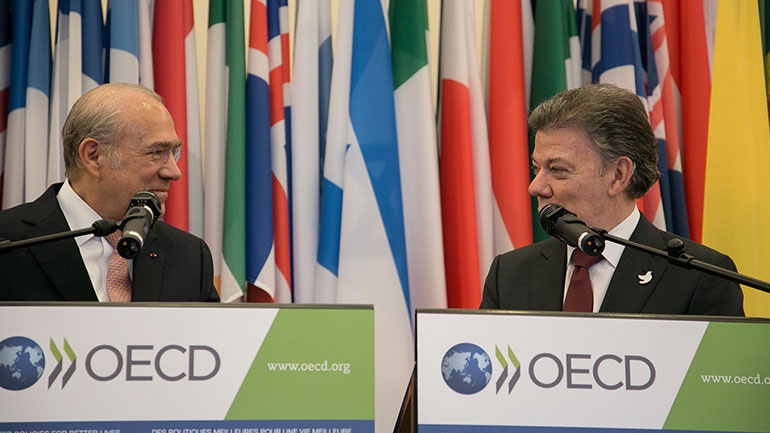 Colombia will create a holding company of state-owned businesses in a bid to increase transparency and as a step toward membership in the Organization for Economic Cooperation and Development (OECD), President Juan Manuel Santos said on Monday.

As the first phase of the plan, cabinet ministers will cease to serve on the boards of state-owned oil company Ecopetrol and electricity companies Isagen and ISA, three of 111 businesses which belong to the state.

“Eventually all state companies will enter the holding, which will separate from the finance ministry and be autonomous, so state companies can be run with more transparency and the most efficiency possible,” Santos said in a speech.

The holding company will be run by an independent board, he said.