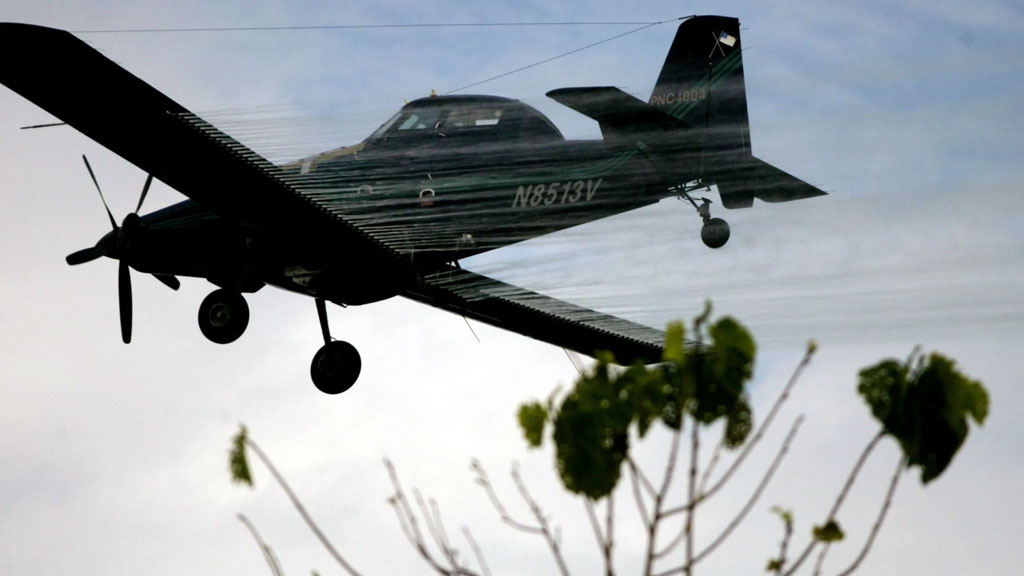 President Juan Manuel Santos is set to suspend glyphosate use in aerial spraying of coca plants after a WHO study indicated it is likely carcinogenic, the country’s opposition party said.

The announcement was made by the president of the Conservative Party, House Representative David Barguil.

“The president commits to heed the recommendations of the WHO, the Ministry of Health, and the Constitutional Court, and he is going to promptly give the order to to suspend these fumigations, but with the guarantee that they will be replaced with an effective mechanism to continue combating the growth of coca and all illegal crops in Colombia.” explained Barguil.

The Health Minister had urged to end the use of glysophate earlier this week based on the conclusions of the WHO study.

However, many top government officials oppose a ban on the use of glyphosate, citing fears that it is tantamount to creating a sanctuary for coca producers.

According to the Inspector General Alejandro Ordoñez, the decision to suspend aerial spraying runs counter to the Colombian government’s obligation to combat narco-trafficking.

Ordoñez also questions whether Santos’ decision was politically motivated, suggesting that it was perhaps a way of appeasing FARC negotiators in Havana, Cuba.

“It is worth noting that the recommendation of the Ministry of Health coincided with a constant demand of the FARC. What is agreed to between the government and the guerrillas cannot be implemented until the Agreement on the Termination of Armed Conflict is signed; It would be like giving narco-traffickers the right to co-govern in this matter,” accused Ordoñez.

Defense Minister Juan Carlos Pinzon has also been an outspoken opponent of suspending aerial spraying of glyphosate, suggesting that there are no suitable alternatives that can be used to combat coca cultivation.

“Manual eradication carries more risks because we are met with mines and explosives in coca fields,” indicated Pinzon.

A final determination on the use of glyphosate will be made on May 15 during the National Council on Drugs, the body responsible for developing policy related to combating illegal drugs.

In this council, the Ministries of Health, Justice, Interior, and the offices of the Inspector General, Prosecutor General and Ombudsman will take part.

Colombia is one of the world’s principal producers of coca, the plant used to produce cocaine.

Colombia is the only country in the world where the crop is fumigated by air, causing local farmers and neighboring Ecuador to complain that it results in adverse health effects and the coincidental destruction of legal crops.

This article is being expanded