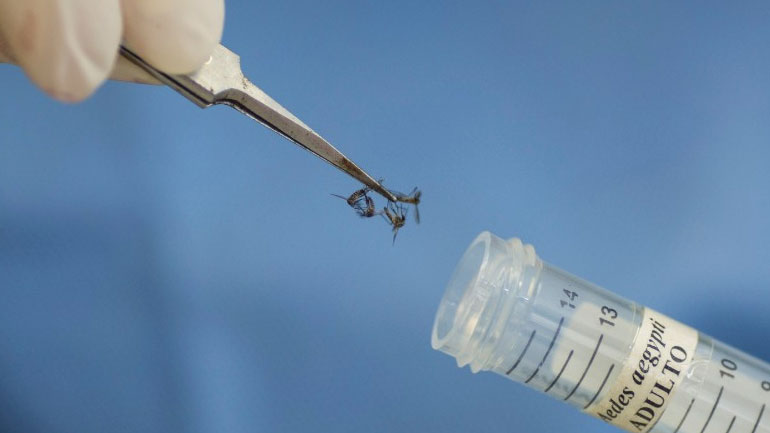 Colombia’s National Health Institute are closely monitoring at least 15 cases of children born with the birth defect microcephaly to investigate a suspected link to the Zika virus.

Babies born with this birth defect have smaller heads and sometimes their brains that aren’t fully developed, which can result in life-long developmental problems.

Th National Health Institute have announced that investigations are ongoing in relation to the suspicions regarding a link between the Zika virus and the congenital anomaly after Brazilian authorities suggested a possible connection.

“At the moment we are studying a total of 25 children born with microcephaly,” said Deputy Health Minister Fernando Ruiz.

The health official expressed the authorities’ desire to continue with a thorough investigation of 15 cases in particular where there is a suspected link with the Zika virus in order to reach a definitive conclusion.

“We must remember that this study has a 12-step protocol and tests that have to be made in full, to conclude that if indeed it is or is not related to the Zika virus and these tests are to be carried out on these 15 children”, reported Ruiz.

According to the Ministry of Health, at present the number of cases of children born with microcephaly in the country, is within normal parameters.

The deputy minister explained that annually about 150 cases for various reasons are presented.

On the other hand the National Institute of Health, reported that 327 cases have been reported of neurological syndromes related to Zika.

Microcephaly has continually been linked with the Zika virus particularly in the South American country of Brazil who have reported 1.5 million cases of the mosquito-borne disease.

A recent study from Florida State University has indicated that Zika can infect embryonic cells that help form the brain, adding to evidence that the virus causes a serious birth defect.

The new work provides experimental evidence that once the virus reaches the developing brain, it can infect and harm cells that are key for further brain development, said Hengli Tang of a lead author of the work, which was released  by the journal Cell Stem Cell

As the epidemic sweeps through Colombia, the country has registered more than 7,500 cases of Zika amongst pregnant women causing widespread fear that congenital anomaly may follow.

The Colombian government originally projected it could see some 500-600 cases of Zika-linked microcephaly. But it may take several more weeks, or months, for cases to emerge as signs of microcephaly may only be detected very late in pregnancy, experts have said.