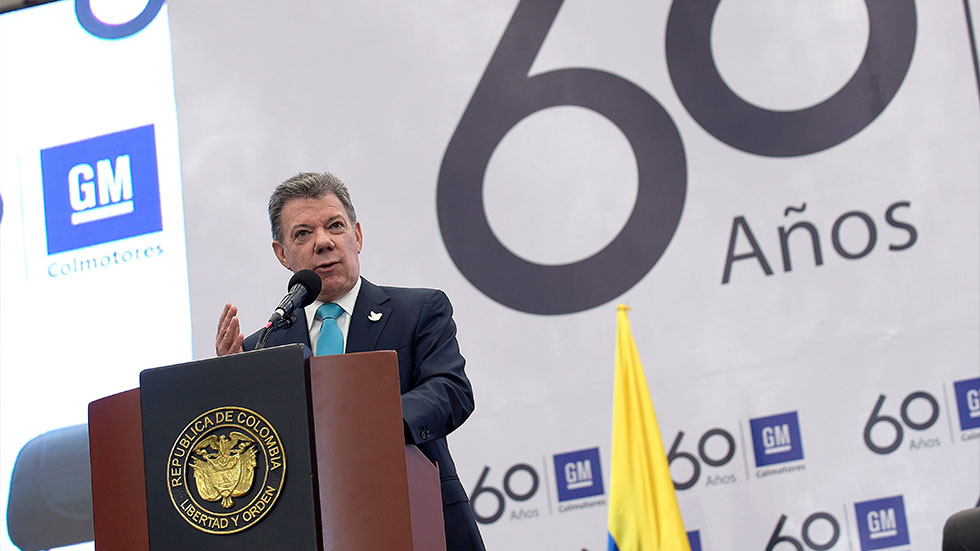 Colombia tax reform to go to Congress in October: Santos

A long-awaited tax reform will be presented to Colombia’s congress in October, President Juan Manuel Santos said on Friday, and it will be approved before the end of the year.

Santos’ comment came amid growing uncertainty in the market and among business owners about whether there is still time to pass the reform, key to maintaining Colombia’s credit ratings.

“Tax reform will be approved during this legislature, so it can come into force next year. It will be presented in October, there’s more than enough time,” Santos said at a business leaders conference in the city of Cartagena. “There will be until Dec. 16, 20 to approve it.”

The reform is still being analyzed by experts, the president said, and one of its goals will be to reduce the tax burden on businesses.

Sources with knowledge of the reform have said it will include a three-point increase in the value added tax.

Colombia’s national income has been battered by the global fall in prices for crude oil, the country’s largest export and source of foreign exchange.