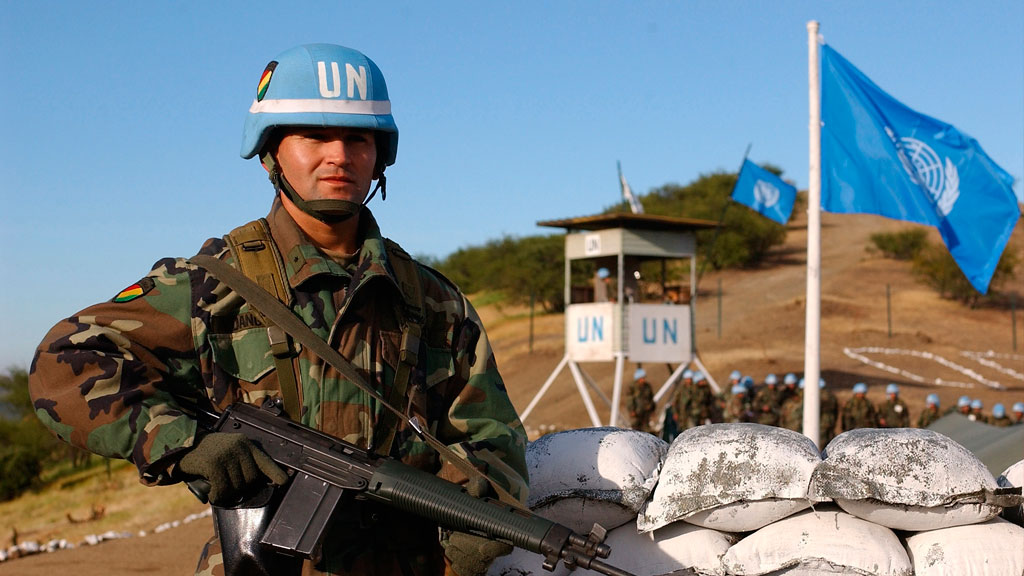 Colombia and the United Nations have agreed that the South American country will be taking part in global peace-keeping missions carried out by the organization of nation states.

The agreement does not create any obligation for Colombia to send troops, it merely opens up the possibility when Colombia considers the conditions appropriate, said the ministry’s website Monday.

“This is an important step towards consolidating the future of the Armed Forces, while a clear indication of its legitimacy as an institution committed to the application of the rules of Human Rights and International Humanitarian Law in all its operations,” Pinzon said on the Defense Ministry website after the signing of the agreement.

“This agreement with the UN is a recognition of the Colombian Armed Force peace building ability,” Pinzon said.

Monday’s meeting was the first leg of Pinzon’s US tour, which will also include visits to Washington and Miami.

The objectives of the tour, which also will be conducted with senior US government and the UN, is to explain the future role of Colombia’s Armed Forces and discuss progress on human rights, possible peace operations and international cooperation, according to the Defense Ministry’s website.