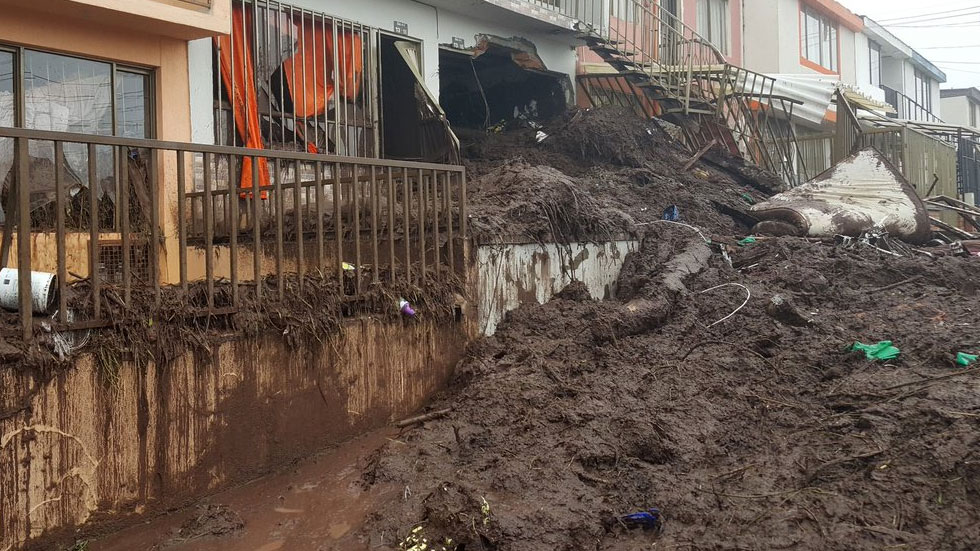 Rescue workers who were still working in Mocoa, the town that lost hundreds of its inhabitants in a landslide last week, were sent to Manizales on Wednesday where a new urban avalanche killed at least 14 people.

The number of confirmed victims of last night’s landslide in the city of Manizales has risen, local authorities announced, but is expected to rise further.

Twenty-two people are still missing, 23 people are injured and 75 homes have been completely destroyed and 400 homes were evacuated amid fears of more landslides, Manizales Mayor Jose Octavio Cardona said on Twitter.

Over the last ten years the government has done a lot of work here improving weak areas and areas that were historically prone to break. If that work had not been completed it would have been much worse.

A total of 12 roads in the town have been blocked by mud and rubble.

In another tweet, the mayor explained that 156 mm of rain fell in Manizales last night, the equivalent of a month’s worth of precipitation.

Search and rescue operations and home evacuations have begun in the Bajo Persia neighborhood, with evacuations also underway in the Aranjuez and Gonzalez neighborhoods, local media reported.

All of the victims who were trapped in the Aranjuez neighborhood have already been rescued, according to newspaper El Tiempo.

The arrival of rescue workers from Mocoa was confirmed by General Carlos Mena, chief-inspector of the Police, who explained that without neglecting the situation in Mocoa, some experts will be sent to handle emergencies to address the situation in Manizales.

“We will use all means necessary to facilitate the arrival of rescue experts in Manizales, just as we did in Mocoa,” said the official.

As part of the relief effort, aid kits, including food, hygiene kits and shelter kits are due to begin arriving from 2PM onwards, according to Colombia’s Transport Ministry.

The Leonardo Da Vinci College in Manizales is being set up as a disaster center to receive victims affected by the landslides and heavy rains.

As a preventative measure, water services have been cut off in ten neighborhoods in the city and citizens are being urged to ensure drains are kept free of rubbish and debris in order to allow the rainwater to flow away properly.

The rains are expected to continue through the day, bringing the risk of further landslides and flooding. Christian Euscategui of meteorological institute IDEAM said in an interview with Caracol Radio that heavy downpours are expected throughout the country over the next 48 hours.

Colombia’s President Juan Manuel Santos immediately traveled to Manizales in order to address the second disaster inside a provincial capital this month.

However, ongoing bad weather impeded landing in the disaster-struck city, forcing Santos to wait in Medellin for conditions to improve.