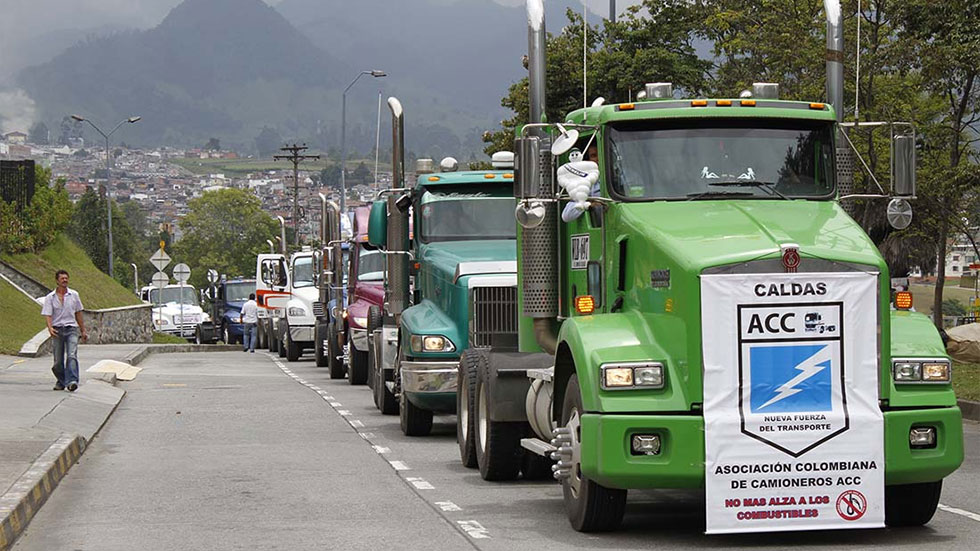 Colombia’s government and truckers unions reached a deal on Friday to lift a 45-day strike that has snarled coffee exports and pushed up already-high inflation as foodstuff were blocked from moving around the Andean country.

The two sides reached agreement on cargo prices and the gradual removal of old vehicles, ending the longest and most costly strike in Colombian history, but failed to agree on toll road and fuel costs.

One person was killed during clashes, and the governor of Boyaca province was injured in a highway accident that authorities blamed on protesters.

“The deal is realistic and fair. To have ceded to the unions which backed the strike would have meant a disproportionate and permanent increase in costs for families and a hard hit to the country’s competitiveness,” President Juan Manuel Santos said in a statement.

Coffee growers are already struggling because of a drought caused by the El Nino weather phenomenon, and bracing for coming heavy rains, but the strike may send exports plunging by half in July, the coffee federation told Reuters this month.

Trucks blocking highways were impounded and the government revoked the licenses of more than 1,300 drivers and truck owners participating in violent protests, Santos said.

“Investigations and trials will continue so those responsible are rightly sanctioned,” he added.

Colombia has about 330,000 trucks moving imports and exports to and from the Andean country’s ports on the Caribbean Sea and Pacific Ocean.