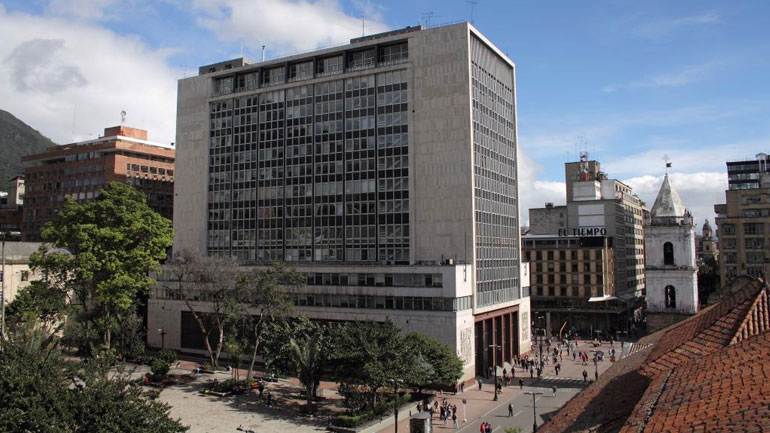 Colombia’s central bank raised its benchmark lending rate a quarter point on Friday to put the brakes on accelerating inflation and bolster credibility with investors who feel it should have acted sooner.

The seven-member board decided by majority to boost the lending rate to 5.75%, meeting the forecast of 24 of 29 analysts in a Reuters survey this week.

The bank has sought to play catch up on stemming inflation which has risen well above its 2% to 4% target range since February. The market has raised concerns policymakers should have begun tightening in May, and the minutes of the last meeting showed concern for its credibility.

“Higher than expected increases in food prices and additional increases in the exchange rate, related largely to the fall in oil prices exert new pressures on inflation,” the bank statement said.

“At the same time, inflation expectations remain high and the risk of a slowdown in domestic demand, beyond what’s consistent with the decline of national income, has slowed.”

Some analysts see inflation hitting 7% next year, before coming down to end 2016 at about 4%.

Latin America’s fourth-largest economy is also facing a slowdown in economic growth that has led the government to reduce expansion projections to 3.3% from 3.5% for this year and next. The bank expects growth at about 3% both years, down from 4.6% last year.

A drop in oil prices has hurt the government’s spending plans. Crude oil is Colombia’s biggest export and leading source of foreign currency.

But better-than-expected growth in the third quarter provided room for policymakers to continue tackling consumer prices. Inflation in November was 6.39%.

“The bank has been behind the curve and so has to keep raising rates to manage expectations in the medium and long term,” said Andres Abadia, senior international economist with Pantheon Macroeconomics in London.

The US Federal Reserve’s interest rate increase also could pull investment away from Colombia. Higher borrowing costs locally could soften that, analysts say.

“With the start of a gradual monetary tightening in the US, the country risk premium was increased and the peso continued to depreciate against the dollar,” the bank said.

The peso currency has fallen 35.6% against the dollar over the last 12 months.