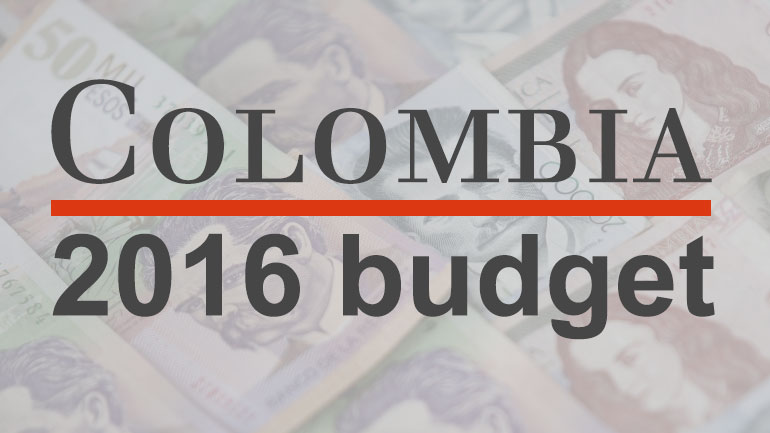 Colombia’s Congress has approved a 215.9 trillion peso ($74.2 billion) budget for 2016, an increase of 2.5% but including a cut to investment that the finance minister characterized as belt-tightening.

Under the plan, 43.8 trillion pesos are earmarked for investment in everything from road-building to social programs, 7% less than in 2015.

Government operations will be funded with 124.4 trillion pesos.

Under the budget, education was earmarked to have the most resources of any sector – 31.07 trillion pesos – followed by defense at 30 trillion pesos.

The investment budget includes a trillion pesos, which can be cut if the price for crude — Colombia’s largest export and source of foreign exchange — does not meet government expectations, avoiding cuts to other sectors, Cardenas said.

The budget projects a national fiscal deficit of 3.6% of GDP, above the 3$ projected for 2015.