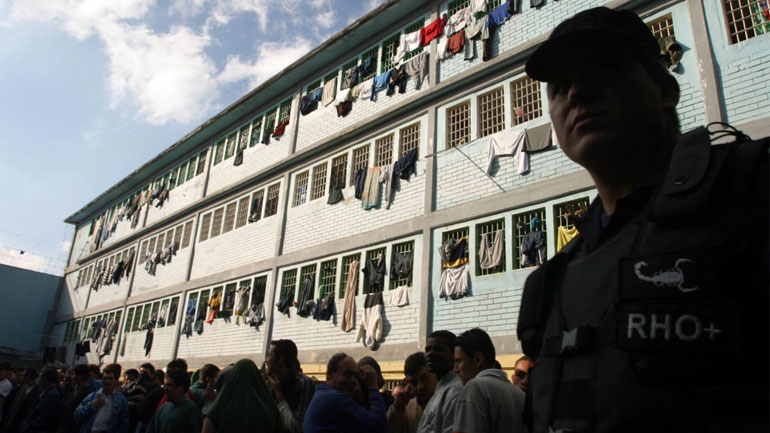 Colombian prosecutors are investigating the alleged disappearance of as many as 100 people inside a Bogota prison more than 15 years ago.

Special prosecutor Caterina Heyck said Friday that investigations began months ago based on earlier testimony from demobilized paramilitary fighters as part of a decade-old peace accord with the government.

“They’ve talked about how there was a power struggle inside the prison” between former paramilitaries and leftist rebels, Heyck told The Associated Press. “Also that people were disappeared who weren’t inmates.”

She said that it’s unlikely any of the victims’ bodies will be found at La Modelo prison because they were allegedly dismembered and dumped in a sewer. Authorities have not undertaken any excavation efforts nor have family members of any alleged victims come forward publicly.

But Heyck said the practice of prisoners butchering visitors and fellow inmates may have also occurred at other facilities.

Colombia’s notoriously overcrowded prisons have long been factories for criminality.

The probe stems from a journalist’s investigation 15 years ago about crime, including forced disappearances, at the prison, one of Colombia’s largest.

Gen. Jorge Ramirez, the head of Colombia’s prison system, said Thursday he has no information about the alleged disappearances, but noted that controls 15 years ago weren’t as strict as they are now. He said prison authorities stand ready to assist prosecutors in any investigation but that he so far has received no request for any excavations.