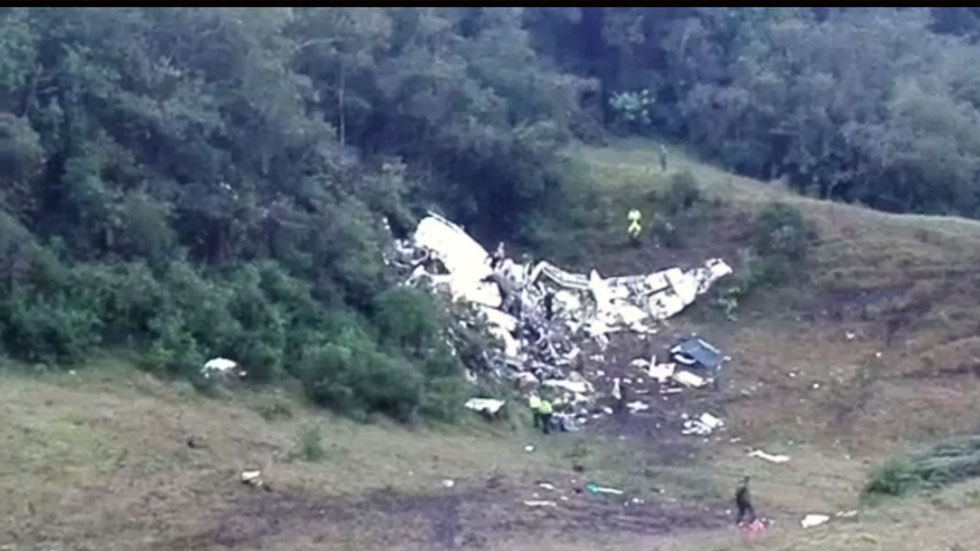 A series of human errors caused an airliner to run out of fuel and crash in Colombia last month, killing 71 people including most of a Brazilian soccer team, aviation authorities said Monday.

Colombia’s Civil Aeronautics agency concluded in its investigation that the plan for the flight operated by Bolivia-based company LaMia did not meet international standards. Among the errors it cited were the decisions to let the plane take off without enough fuel to make the flight safely and then to not stop midway to refuel. It ruled out sabotage or mechanical problems.

Neither the charter company nor Bolivian authorities should have allowed the plane to take off with the flight plan submitted, said Freddy Bonilla, safety secretary for Colombia’s aviation authority. He said the agency’s conclusions were based on the plane’s black boxes and other evidence.

Experts had earlier suggested that fuel exhaustion was a likely cause of the Nov. 28 crash that wiped out all but a few members of the Chapocoense soccer team, as well as team officials and journalists accompanying them to a championship playoff match in Medellin, Colombia.

The BAE 146 Avro RJ85 has a maximum range was 2,965 kilometers (1,600 nautical miles) — just under the distance between Medellin and Santa Cruz, Bolivia, where the plane had taken off at almost full capacity.

The plane was in the air for about 4 hours and 20 minutes when air traffic controllers in Medellin put it into a holding pattern because another flight had reported a suspected fuel leak and was given priority.

Investigators found that crew members of the LaMia flight were aware of the lack of fuel but only reported an emergency when it was too late.

Bonilla said that during the flight the pilot and co-pilot are heard on “various occasions” talking about stopping in Leticia — a city near the borders separating Brazil, Peru and Colombia — to refuel but decided not to do so. When the plane entered Colombian airspace it was flying into a wind, which caused more fuel to be consumed.

And when the pilot asked for priority to land in Medellin, six minutes before crashing, the plane had already spent two minutes with a motor shut off. Three minutes and 45 seconds before the crash all the motors had shut down, the investigation concluded.

In a recording of a radio message from the pilot, he can be heard repeatedly requesting permission to land due to a lack of fuel and a “total electric failure.” A surviving flight attendant and a pilot flying nearby also overheard the frantic pleas from the doomed airliner.

In addition, there was no explosion upon impact, pointing to a scarcity of fuel.

Investigators in Colombia concluded that the plane did not have the fuel reserves required by international standards for such a flight and that authorities also detected an excess of baggage, but did not relate it to the accident. Also, according to its plan, the flight was expected to reach 30,000 feet, an altitude the plane was not certified for.

Details of the complete report by Colombia’s aviation agency will be released in April 2017. Bolivia, Brazil and the United Kingdom contributed to it.

Bolivia’s government has already blamed the airline and its pilot for the accident.