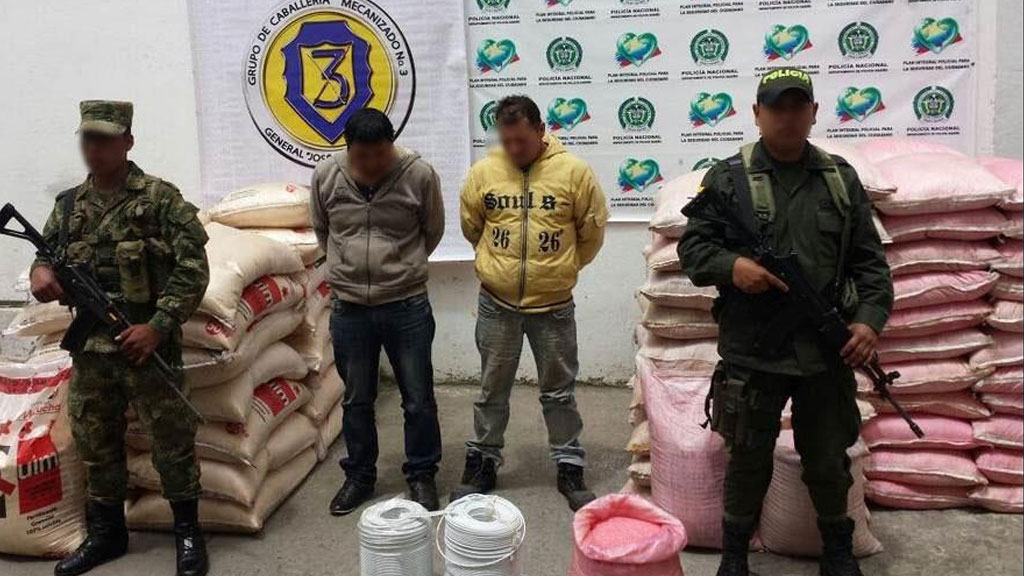 Colombia’s national police said Monday it had seized three tons of explosives in the southwest of the country.

The explosives were discovered on Sunday in packs of rice in a van going through the southwestern Nariño province after Colombian police got a tip from Ecuadorian authorities, reported Colombian newspaper El Espectador.

Two men have been arrested for allegedly attempting to transport dynamite in the form of ammonium nitrate and oil fuel (ANFO), along with 600 meters of safety fuses across borders. Authorities suspect that the dynamite was to be used by the guerrilla group FARC.

The two offenders and the explosives are now being held by the local prosecutor’s office in Tuquerres. The two men will be charged for the crimes of manufacturing and transporting explosives and firearms.

In the event that citizens have any information on suspicious behavior near Colombian borders, authorities encourage people to call the hotline and receive full confidentiality. The number is 123.