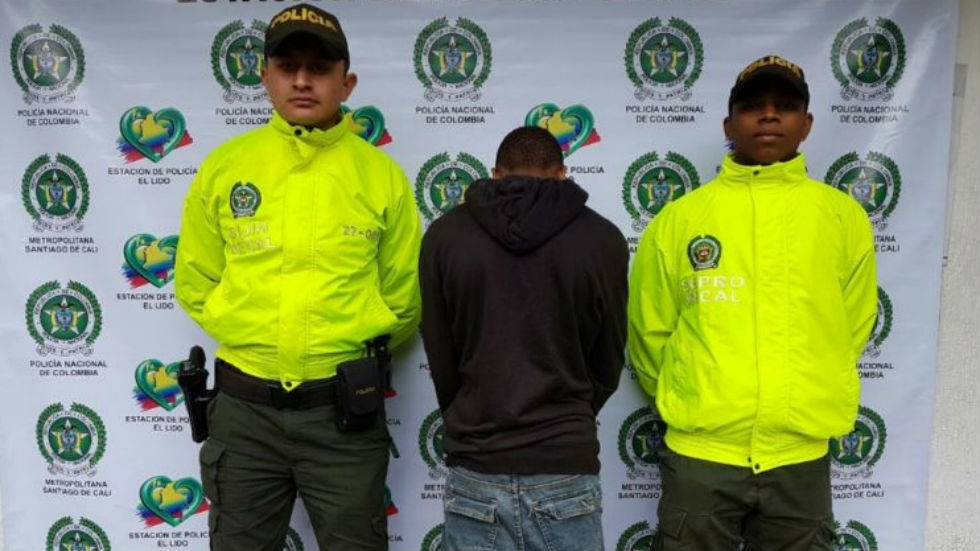 Colombian authorities on Friday captured a 17 year old boy who is suspected of murdering more that 30 people,  reported local media.

The boy refereed to by police as “Frijolito” or “Little bean” was arrested after a four-month manhunt in Colombia’s third biggest city Cali.

Frijolito is said to be the head of a ruthless gang of assassins and drug traffickers whom have terrorized the southern city with police indicating that he started killing when he was 12 years old.

“He is only 17 years old and has committed more than 30 homicides,” Cali Police Chief Hugo Casas to the media.

“He is really a dangerous person, it was good to get him and let’s say the city is free of a person who could continue doing these deeds outside authority,” he added.

His latest criminal act was a double homicide at a shopping center in Cali, reportedly shooting his first victim in the head a point blank range and later firing upon a security guard who attempted to intervene, which the police chief confirmed was captured on video.

“Alias ​​Frijolito was arrested and is responsible for at least 30 homicides, including that of two people in the shopping center and was recorded on video, the case was known to the public,” said the commander.

The boy had supposedly been operating in a criminal band  called “Los del Ave” in the Floralia neighborhood, reported El Pais newspaper.

He is currently being placed in a rehabilitation center for minors but will be transferred to an adult prison when he is 18 according to the Cali police department.

Since the 1980s, Cali has been home to some of the country’s most feared drug trafficking organizations like the Cali Cartel, the Norte del Valle Cartel and, since the beginning of this century, “Los Rastrojos.”

Apart from the nationally operating cartels, Cali has five gangs operating inside the city, and smaller neighborhood gangs or “offices” that in some cases consist of no more than six members and control no more than a block.

The local gangs generally control extortion racketeering and drug dealing in their neighborhoods, and commit robberies. Others have specialized in assassinations and are employed to do the dirty work for larger gangs.