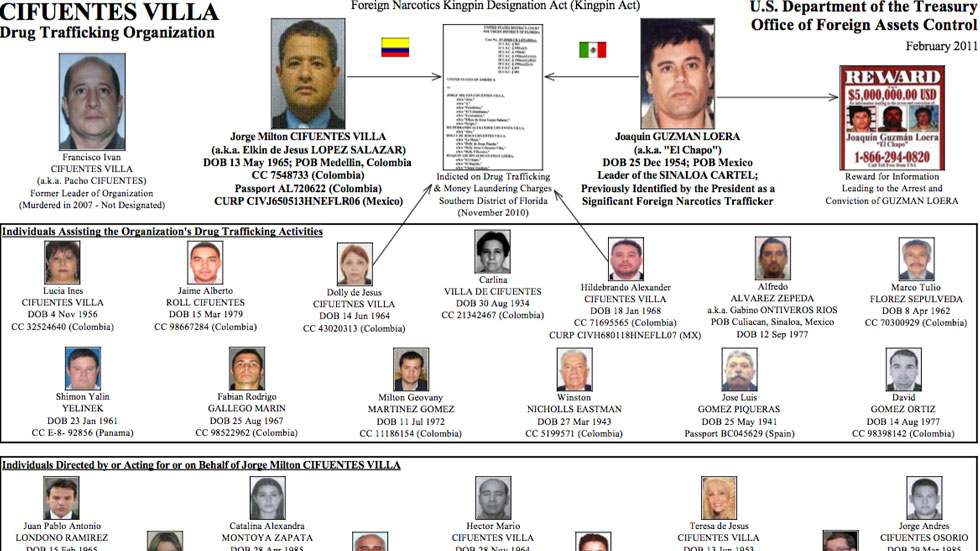 Colombian police confirmed the capture on Saturday of a Mexican woman and alleged member of the Sinaloa Cartel wanted by the United States on cocaine trafficking charges.

Marcela Florez, also known as “La Dama de Hierro” or “The Iron Lady,” entered Colombia several months ago on a tourist visa, according to the police.

They believe she escaped to Colombia to hide from from authorities, and ans to negotiate a deal between the Mexican cartel and the Colombian neo-paramilitary group Gaitanista Self-Defense Forces of Colombia.

Flores, reportedly a confidant of Joaquin “El Chapo” Guzman, has been wanted by Interpol on charges of conspiracy to traffic cocaine to the United States from Mexico, Panama, Colombia, and Guatemala.

She reportedly works for more than just the Sinaloa cartel, carrying out kidnappings and assassinations of rival organizations.