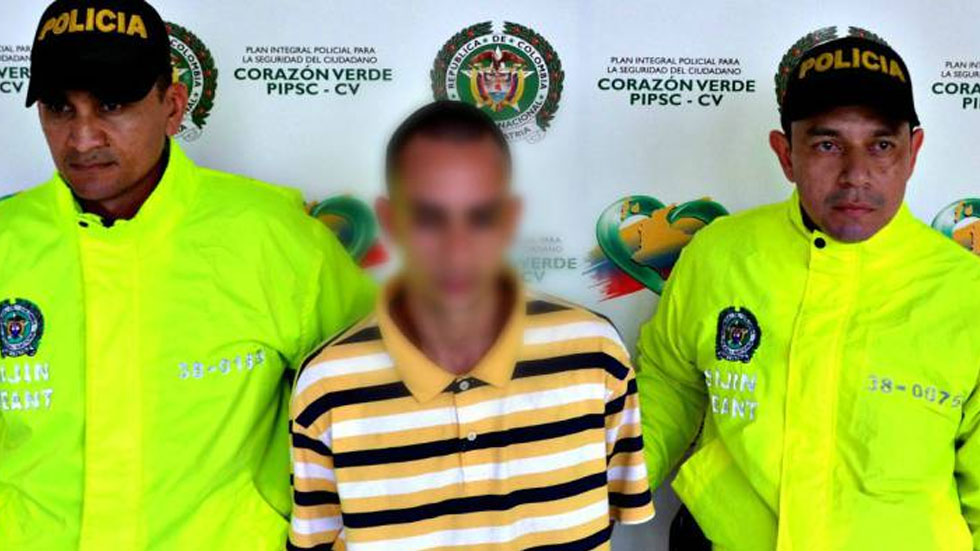 Colombia’s police arrested a suspected drug trafficker who is wanted by Sweden to stand trial on charges he trafficked drugs from South America to Europe.

The 27-year-old Silviu Adrian Cazimir of both Romanian and Swedish nationality was arrested on Monday night in the upscale Poblado area in Medellin.

The national police confirmed that the suspect, who has been living in Medellin for 7 months, is wanted by Swedish authorities for drug trafficking.

Stockholm had issued a Red Notice, a form of international arrest warrant, with Interpol, making the Swedish Romanian an internationally wanted crime suspect.

The arrest was part of an investigation into a crime that took place on March 30, 2016 in the city of Landskrona, Sweden.

Cazimir, alongside accomplices, allegedly received 17.9 kilos of cocaine from Drachten (Netherlands) with the intention of selling it in Sweden.

The drugs were seized after arival in Landskrona, leading to Cazimir being linked to the investigation being carried out by Swedish authorities.

The suspect has been handed over to the Colombian Prosecutor General’s Office in compliance with the arrest warrant issued on May 26 last year by the Swedish authorities.