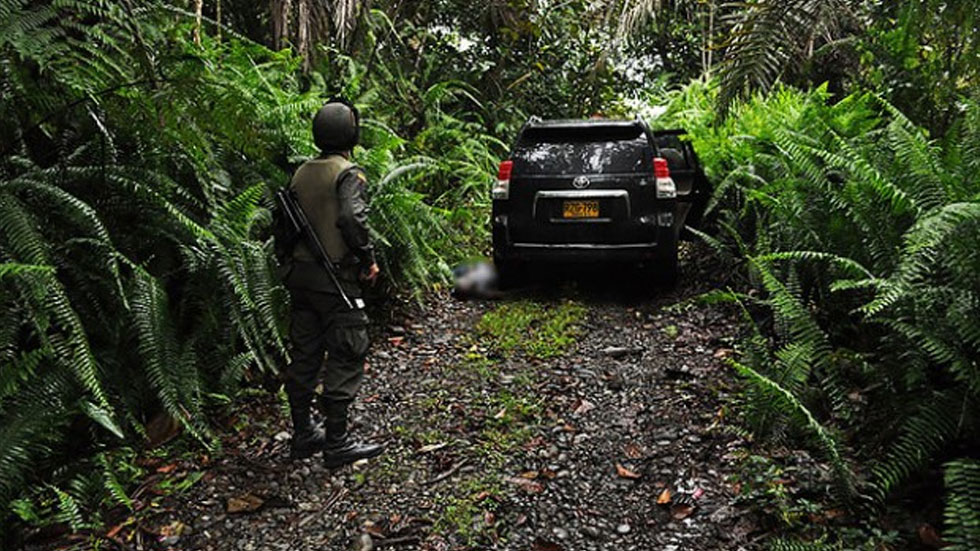 The Colombian army has formally asked forgiveness for a 2006 massacre of 10 anti-narcotics police agents by an army unit working for local drug traffickers.

Colonel Byron Carvajal and 14 other members of the army were imprisoned for their involvement in the May 22, 2006 massacre in Jamundi, a town south of Cali.

The soldiers had been bribed by local drug traffickers to ambush and kill a group of 10 anti-narcotics policemen who were investigating the narcos.

Jamundi massacre perpetrators to be disciplined for war crimes

The public apology was offered by Brigadier General Juan Vincente Trujillo, commander of the Third Brigade, after being ordered to do so by the court.

The National Army, in compliance with the sentence issued by the Administrative Court and in awareness of its legal and moral duty to render a special tribute to the murdered policemen, publicly and openly presents the excuses for the irregular behavior of some members of the army, who do not represent the actions and feelings of the average Colombian soldier and who unilaterally and unjustifiably murdered those ten members of the National Police.

In spite the apology, the public act of pardon left a foul taste with some of the policemen’s family members, who the military official failed to recognize.

“They should have at least mentioned all the relatives or a representation of them and apologized,” a relative of one of the dead police officers told Caracol News

After a trial wherein the Prosecutor General’s office presented more than 30 testimonies and 417 pieces of evidence, a court judge condemned the soldiers for the aggravated homicide of the police.

Carvajal was sentenced to 54 years in prison, Lieutenant Harrison Castro to 52, and the 13 remaining soldiers to 50 years each, although later a Valle del Cauca court granted them lowered sentences.