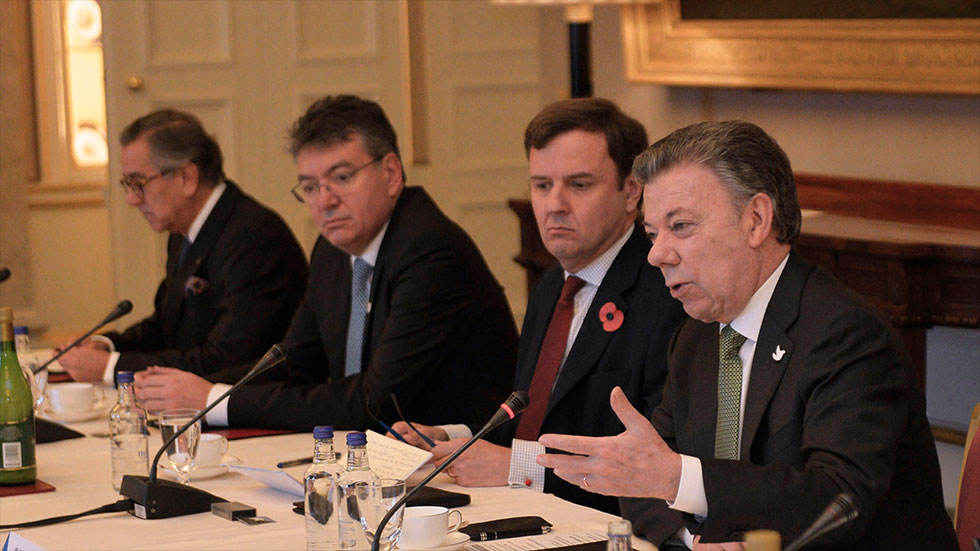 Colombia is making “substantial progress” in getting its stalled peace deal with Marxist rebels back on track and hopes to have a deal very soon, the country’s President Juan Manuel Santos said on Wednesday.

Colombia is scrambling to save a hard-won peace deal after voters last month narrowly rejected a deal as too lenient on the rebels, the Revolutionary Armed Forces of Colombia (FARC), in a shock result that plunged the situation into uncertainty.

“We have been making substantial progress. In the very, very near future we will have this agreement and I have the power to implement the agreement,” said Santos, who is on a state visit to Britain.

There has been some vehement opposition – led by hardline former President Alvaro Uribe – to major planks of the previous deal, including guaranteed congressional seats for the FARC and immunity from traditional jail sentences for leaders.

A renegotiation seems to depend on whether the FARC would accept tougher conditions, maybe combined with a softening of Uribe’s demands. After years of refusing to meet negotiators, Uribe has now said he is willing to seek a joint solution.

Santos predicted significant economic benefits from a peace deal, which would ease decades of unrest in Colombia.

It would boost economic growth by one-half to 1 percent annually, he said, adding: “Other people say it could be more like 2 percent.”