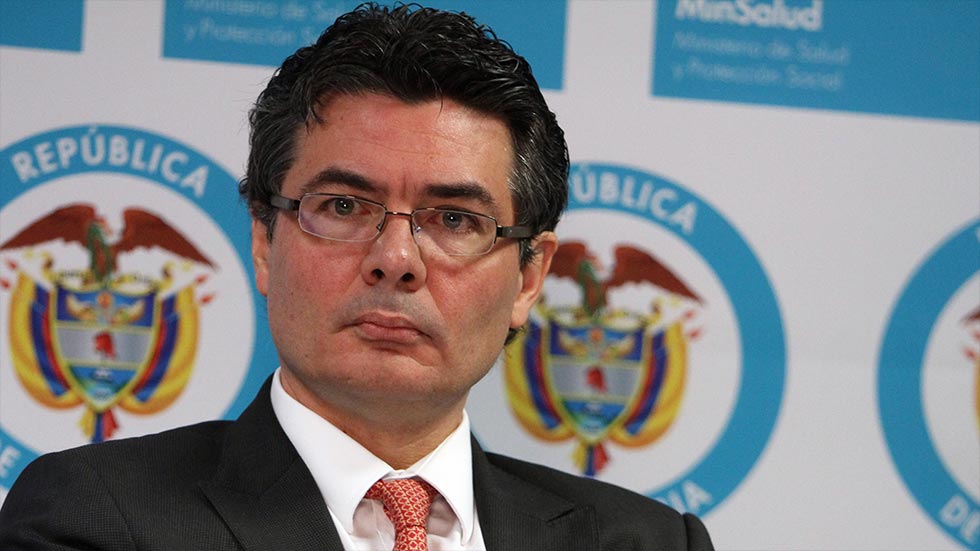 Colombia’s government has issued an ultimatum to pharmaceutical giant Novartis: reduce the price of your life-saving cancer drug within a few weeks or see your monopoly on it broken.

The popular drug in question is Gleevec, otherwise known as imatinib.

It’s an essential drug for those with certain forms of cancer. It has, for example, helped to almost double the five-year survival rate for people with chronic myeloid leukaemia. The side effects are also relatively minor, allowing people to lead normal lives.

At the moment, Novartis charges nearly double a Colombian’s median annual income per year, per patient, reported the Huffington Post.

A generic version of the drug could cost up to 30% less, according to The Intercept, saving Colombia some $12 million annually.

Novartis rejected Colombia’s petition to lower the price of the drug, and the Colombian government has now threatened to declare the drug a matter of public interest, which would allow for the granting of a compulsory license for its production.

This would break Novartis’ monopoly and allow for the creation of cheaper, generic versions of the drug.

Memos from the Colombian Embassy in Washington were leaked last week that described intense lobbying pressure on Colombia from the pharmaceutical industry and its allies in the U.S. Congress.

Another said that it could also jeopardize the $450 million that the U.S. promised to help implement the peace treaty between the Colombian government and the FARC rebels.

Colombian Health Minister Alejandro Gaviria said that Novartis “are very afraid that Colombia could became an example that spreads across the region.”

However, he denied that they were trying to set a global precedent.

Colombia’s healthcare system guarantees patient access to certain approved drugs and, as a result of numerous price hikes and corruption over recent years, it is straining to meet costs.

“For us, it [lowering the price] is a question of survival,” said Gaviria.

“As the state, one cannot buy everything at the price that the other says it will sell it. This is what has happened many times in the past,” he added.

Gaviria proposed to Novartis that they reduce the price of Gleevec to roughly half of what it currently is.

This would still be well above what the generic versions cost before a Colombia court in 2012 awarded Novartis an exclusive patent on one of two forms of the drug.

Andrew Hill, a pharmacologist at the University of Liverpool, analysed Gleevec production costs and pricing and found that, if Novartis were to have a 50% profit margin, a year of treatment would cost just $159.

In Colombia, a year of treatment currently costs roughly $15,000.

Pharmaceutical companies defend their huge profit margins by saying it is necessary for the research required to develop novel drugs. Critics argue that profits are excessive and do not simply go back into research.

Novartis’ patent in Colombia is due to expire in July 2018, but the Colombian government does not want to wait for a price reduction.

Gaviria has issued his ultimatum. He said that he is giving Novartis a little more time to reconsider his proposal, but that he will declare it a matter of public interest next week when he returns from a World Health Organisation meeting in Geneva.

The debate has become increasingly public, and has shed light on the lobbying machinations in the U.S. Congress.

Novartis has responded that the drug has been subject to Colombian price controls since 2011, and that two generic versions do exist.

However, the Health Ministry said that the generic competition has been all but driven out by Novartis’ aggressive marketing and the fact that competitors fear prosecution for infringing the patent.

Lawyers and doctors across the world appear to be siding with Colombia: 122 lawyers and health experts recently sent a letter to the Colombian government endorsing their stance.

Gleevec is Novartis’ most sold product since 2012, accounting for 10% of its revenue. It’s grip on the drug has been loosening, however, with India’s Supreme Court rejecting its patent application in 2013 and one U.S. patent already expired.

It seems likely Novartis will fight Colombia rather than let its revenues dip further; they have shown an appetite for years of litigation in the past.