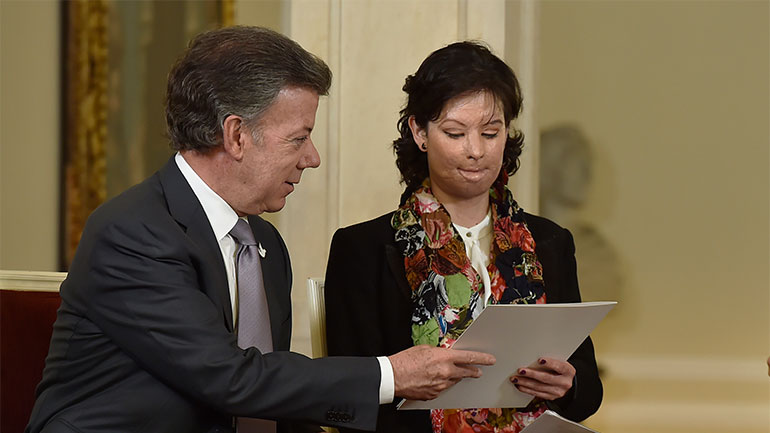 Colombian President Juan Manuel Santos has signed a new law punishing with up to 50 years in jail those found guilty of carrying out acid attacks.

The legislation was signed Monday in a ceremony at the presidential palace attended by the victim for whom the law was named.

It was the first time that Natalia Ponce De Leon appeared in public with a reconstructed face since the 35-year-old suffered an attack that shocked the country in 2014 because it was partly captured on security cameras near her home.

According to the government, 222 Colombians have been victims of acid attacks since 2013. Most of those convicted receive only light punishments because until now the crime was considered one of personal injury.