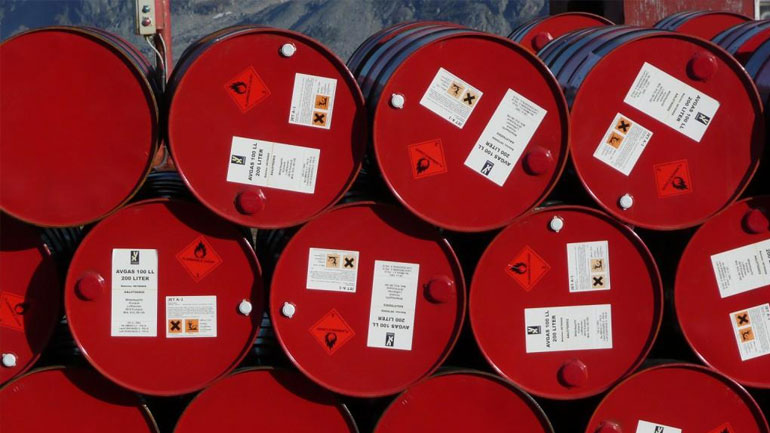 At a time when oil prices have dropped globally, oil producer Colombia is importing crude oil for the first time in two years to take advantage of low foreign oil prices.

State-run energy company Ecopetrol purchased crude from Nigeria and Russia last month for its Cartagena refinery, according to Bloomberg. Sources of this information couldn’t be identified because the transactions are not public, stated the US television network.

The new imports represent Colombian efforts to capitalize on an abundance of higher-quality grades in the global market.

Colombia is South America’s third largest crude oil producer and as of July 2015, the fifth largest exporter of oil to the United States, reported the US Energy Information Administration (EIA).

According to the Oil and Gas Journal (OGJ), Colombia had more than 2.4 billion barrels of proved crude oil reserves as of January 1, 2015. Although exploration continues and discoveries are announced, Colombian officials estimate that, at present levels, the current oil reserves will last about five years.

With a stable amount of reserves and a strong net export trend, the country hadn’t imported the unrefined petroleum since at least January 2013, data from JODI database show.

As foreign oil has become significantly cheaper to purchase, Colombia follows other Latin American producers including OPEC members Venezuela and Ecuador in a strategy of importing lighter crudes to blend with heavier, domestically produced crudes.

The strategy of blending the two grades will allow Ecopetrol to produce more refined products such as diesel to supply both the domestic and regional Caribbean market.

Refined oil on the rise

Although Colombia is a net oil exporter, it must import some refined products, especially diesel fuel.

As a result, Ecopetrol has begun efforts to expand refining capacity in the country.

The expansion of the Cartagena refinery, Reficar, completed in 2015, manifested these efforts.

The Reficar project had as its main objective the liberation of Colombia’s dependence on imported gasoline and diesel and to provide cleaner fuels for domestic and regional consumption.

Gone with the old and minimally competitive factory, cheered the state.

In with the modern, efficient Reficar, which more than doubled its production capacity to 165,000 barrels a day.

Perhaps even more significantly, the new and improved Reficar machinery also gained the ability to transform crude oil into gasoline, diesel and other more useful products, which will ensure the domestic supply of fuels, eliminating daily imports close to 70,000 barrels.

Here is where the recent cheap Nigerian and Russian imports come in handy.

Ecopetrol is also expanding the Barrancabermeja plant, which possesses most of the country’s crude distillation capacity, to produce 300,000 barrels per day and improve the refinery’s ability to process heavier crude oils.

The Barrancabermeja expansion, currently under construction, is expected to be completed in 2018.

Shifting away from US

The underlying benefit of modernizing these infrastructure is to allow Colombia to take advantage of its own heavy crude reservoirs without needing a third party refiner, which has dominantly been the US.

While Colombia imports gas from the US, the US imports oil from Colombia. In 2014, the United States was Colombia’s top oil export destination, followed by China, Panama, and India, according to the EIA. In that year, Colombia exported 294,000 barrels per day of crude oil to the United States.

However, since 2012, crude oil exports to the United States have fallen more than 100,000 barrels per day because of increased American domestic crude production, stated the EIA.

Seeing an opportunity to bridge the gap in demand of Colombian crude, China expressed interest in financing new infrastructure projects in Colombia to facilitate the transport of oil to the Pacific coast for export.

In May 2012, agreements were made for the China Development Bank to finance a 600,000 barrels per day pipeline to transport Colombian and Venezuelan oil to the south Colombian Pacific coast starting in 2016.