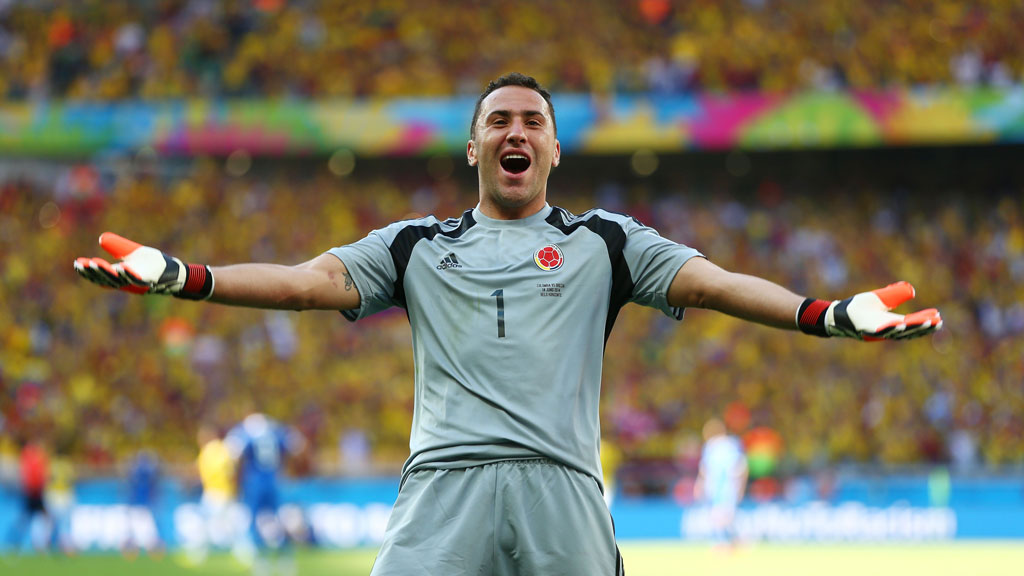 Colombia’s goalkeeper has topped the table for the highest win ratio of any player in England’s Premier League, with a rate of 91.7% success.

Medellin-born David Ospina has won 11 out of 12 of his Premier League games, which plants him above any player to have made at least 10 appearances.

As Arsenal’s goalkeeper, Ospina reached his winning tally in the club’s 1-0 defeat of English team Burnley on Saturday. The Colombian international became the Arsenal’s first-choice goalkeeper after replacing Polish Wojciech Szczesny back in January this year.

Impressively, of the 12 games he has played, Ospina has kept six clean sheets, with his only loss coming against rivals Tottenham in February.

The successful goalkeeper has also won 52 caps playing for Colombia’s national team, and notably impressed during the team’s run to the World Cup quarter-final in Brazil last summer.

Ospina was called up at only 16 years old to the national U-20 team for the 2005 FIFA World Youth Championship, making him the youngest member of the squad.

He made his debut for Colombia’s senior team in 2010, in a FIFA World qualification match against Bolivia. This placed him as the second youngest goalkeeper to have played for the national team.

Ospina was cemented as Colombia’s main goalkeeper throughout the 2014 World Cup qualification competition. By the end of the qualifying rounds, he had conceded the fewest number of goals of the tournament.

The international player is married to Colombian model Jesica Sterling.

Arsenal keeper David Ospina has highest win ratio of any Premier League player with 91.7 per cent… who else makes the top 10? (Daily Mail)