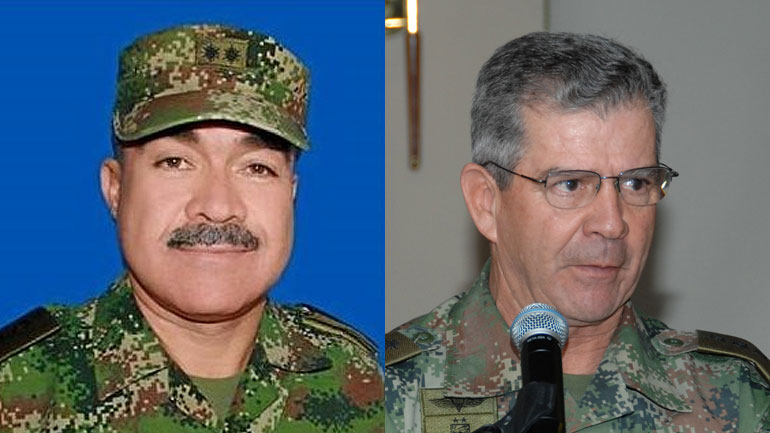 A Colombian army general was arrested Monday on charges he was implicated in the killing of dozens of civilians. The country’s former army chief was called in for interrogation facing similar charges.

General William Torres was arrested amid allegations of killing of two farmers in March 2007 in the central eastern province of Casanare, both of which were presented as combat casualties.

The general is suspected of being complicit in the killing of some at least 60 civilians.

Daniel Torres and Julio Torres, father and son, were allegedly assassinated by soldiers in Aguazul, Casanare because they had denounced another extrajudicial execution in the area.

The men of 38 and 16 years presented as guerrillas killed in combat. According to Lt. Fabian Garcia who was sentenced to 22 years in prison for the murder of a farmer in that region, Torres was fully aware of the practice of murdering and disguising peasants.

Garcia told authorities that the general, who at the time was the commander of the 16th Army Brigade, “was always aware of the operations and cases that presented.”

General Mario Montoya, who was commander of the army during the government of Alvaro Uribe was called by the prosecution to answer questions relating to the cases of ‘false positives‘ he had been linked to.

The prosecution accuses the general  Montoya for allegedly omitting some warnings about false positives that were committed in seven divisions of the Army, reported local media.
The officer must also answer before a judge for the slaughter of San Jose de Apartado, which occurred in February 2005, when paramilitaries killed eight peasants in that region of Urabá in Antioquia, apparently, with military support.

The prosecution accuses Montoya of allegedly omitting warnings about false positives that were committed by the 7th Division, reported local media.