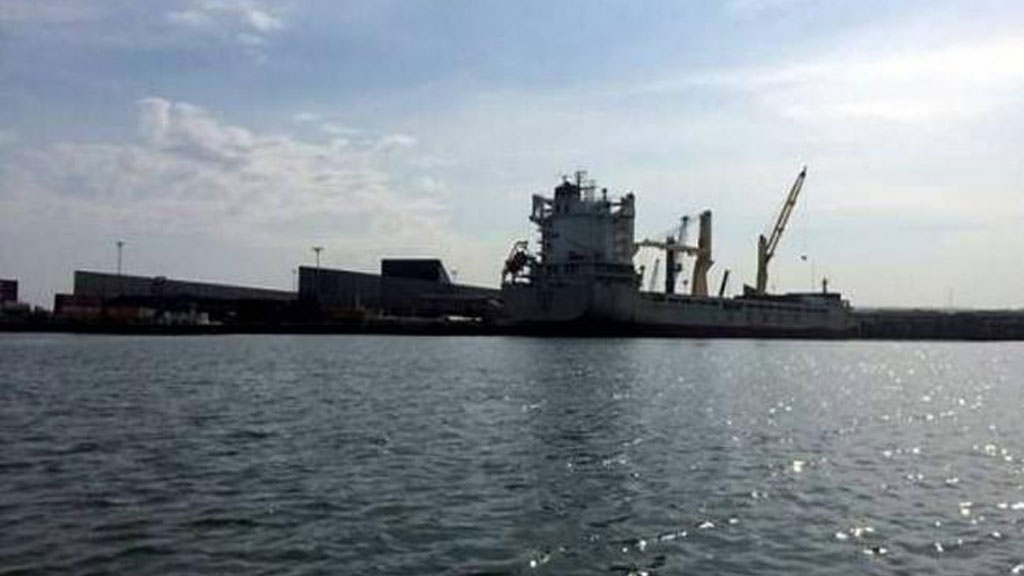 Colombia has authorized a Chinese ship to set sail after it was caught carrying 100 tonnes of explosives to Cuba illegally, the prosecutor’s office said on Tuesday, though it continues to hold the vessel’s captain pending a criminal investigation.

The ship was detained on Feb. 28 after docking in the coastal city of Cartagena on the Caribbean coast. Inspectors found the explosives plus 2.6 million detonators, 99 projectile heads and around 3,000 canon shells on board.

The documentation presented by the crew said the ship, the Da Dan Xia, was carrying grains.

A Cartagena-based judge authorized the ship to depart after nearly two months because Colombian authorities do not have the logistical capacity to unload, store or destroy the weaponry found aboard, the prosecutor’s office said.

“The judge considered it necessary to free the ship with all the cargo to not put at risk our coastline or the communities,” Vicente Guzman, head of the prosecutor’s office for the Cartagena region, told reporters.

China’s Foreign Ministry says the ship was transporting regular military supplies to Cuba as part of its trade and military cooperation with the communist-run island and that it had not violated any international norms.

The producer of the cargo, Norinco, is China’s biggest arms maker. A spokesman said after the ship’s detention in March that reports of what the ship was carrying were “not true” and that the company sent mainly raw materials to produce bullets.

The recipient was stated as importer Tecnoimport in the Cuban capital Havana.

China is the fourth largest arms exporter in the world, according to the Stockholm International Peace Research Institute (SIPRI). Its three major customers are Pakistan, Bangladesh and Myanmar.

China and Cuba have increasingly close business ties, as well as political links because of their communist governments, but in Latin America, China is closest to oil-rich Venezuela.

A North Korean ship was detained in the Caribbean region in July 2013 near the Panama Canal, when it was found to be carrying Soviet-era weapons from Cuba including two MiG-21 jet fighters, hidden under thousands of tonnes of sugar.

The United States and the United Nations blacklisted two shipping companies they said were trying to hide the arms destined for North Korea. Panama freed the ship and crew to sail back to Cuba after most of a $1 million fine was paid.