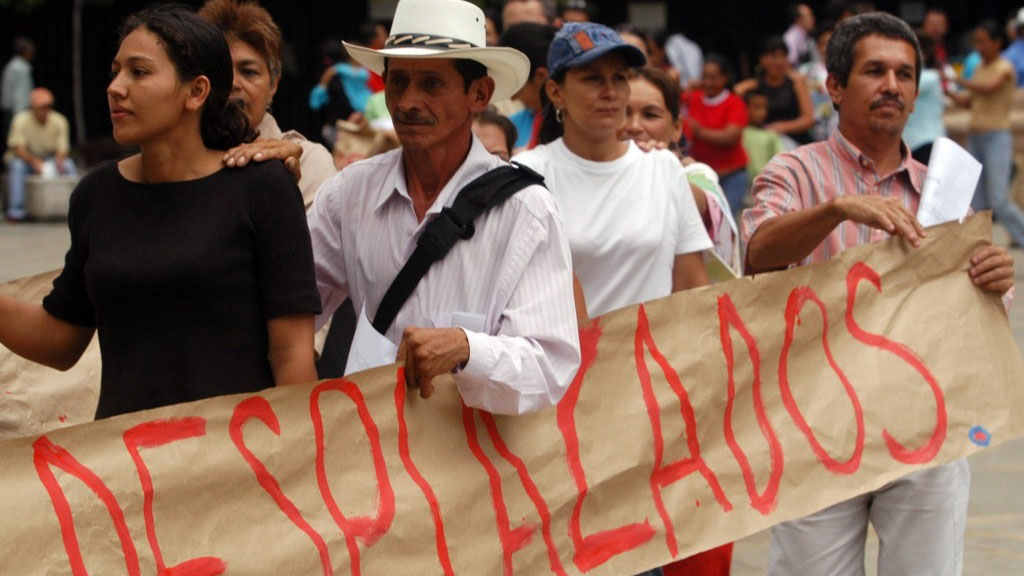 Colombia has denied claims of compensation to a forced displacement victim, claiming his demand could result in a mass pay-out that would bankrupt the entire state.

According to a claim that demands compensation to victims displaced by armed conflict in the country, Colombia owes more than a trillion dollars to victims of forced displacement.

However, in order to pay this amount, it would need to devote its entire budget to reparations throughout the following 24 years.

The lawsuit was brought by Jorge de Jesus Morales who was displaced in 2008 due to the country’s half-a-century conflict.

Morales’ petition linked his own case to that of millions of other victims registered with the Victims Registry.

However, by doing so, the claimant forced the state to automatically grant payments to all alleged displaced persons, a payment that would virtually bankrupt the entire state.

The State Defense Agency fiercely rejected Morales´ claims in order to avoid condemnation and the possible bankruptcy of the state.

The agency maintained that “not all victims were displaced for the same causes and each circumstance requires different tests which would make the process unmanageable.”

The Defense Agency went on to explain that each individual victim of displacement must prove that “the place of expulsion was their place of residence” in order to show their displacement was a consequence of armed conflict and not a voluntary decision.

Mainly due to its armed conflict, Colombia has the highest number of internally displaced people in the world.