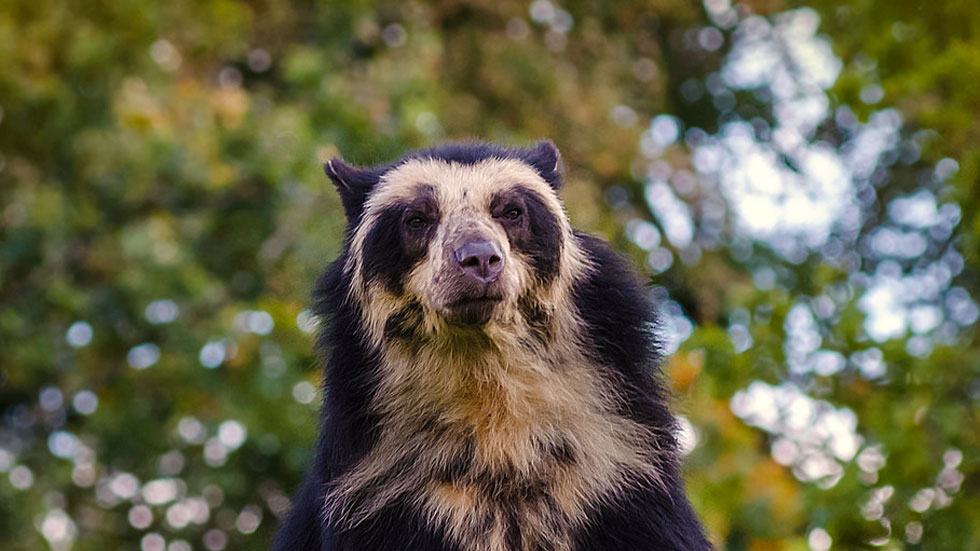 A provincial assembly approved the creation of a new environmental corridor in northwestern Colombia to protect the endangered spectacled bear.

The biological corridor will be created in the southeast region of the Antioquia province. The effort aims to restore the bear’s ecosystem, as well as protect, monitor and follow the endangered species and its habitat.

Marcela Ruiz from Corporación Gaia has spent seven years investigating the spectacled bear. Ruiz told the Colombiano the conservation effort is important because while the bear is highly vulnerable to human intervention in its territory, it is also important to biodiversity.

To protect the bear, the first thing that must be done is to conserve its biological corridor… 90% of the bear’s diet is plants stocks and fruits and 10% is small animals, which makes it an important disseminator of seeds and guarantees a balance of fauna. It also knocks over trees to protect itself from the rain, which allows for new plant growth.

Antioquia congresswoman Ana Ligia told el Colombiano that public and private entities will work together avoid the expansion of human-related activities such as agriculture and cattle ranching into the bear’s territory.

The spectacled bear is a large animal that weighs up to 340 pounds and stands nearly six feet tall. Moreover, the male bear needs a large territory in order to forage for food, which includes fruit and different parts of several plants in addition to insects, small rodents and birds. 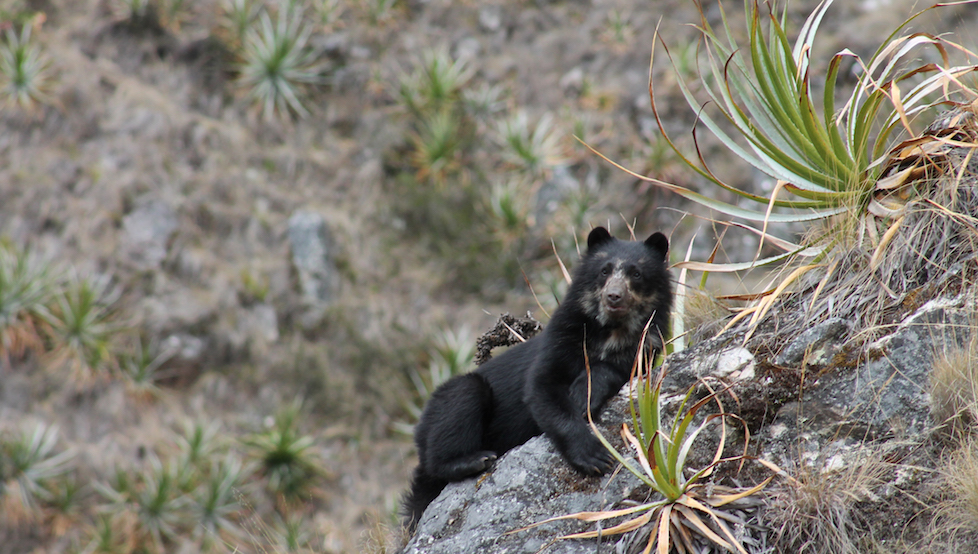 The only bear species found in South America, the spectacled bear is coming into increasing conflict with humans due to the expansion of the agricultural frontier into the dense jungles of the Andes. One the most significant threats posed to the bear is from farmers who consider the large mammal to be a threat to crops and livestock.

According to IUCN, “the main threat to the Andean Bear is from habitat loss, due to expansion of agriculture, grazing, mining, oil exploration, and road development. With diminishing and more fragmented habitat, Andean bears increasingly raid crops and kill livestock, resulting in more retaliatory killing and illegal hunting.”

Environmental researcher Valeria Ramirez estimates that as many as 10 bears are killed per year by humans in Colombia.

With the order to protect the spectacled bear in Antioquia, the province will institutionalize the annual Spectacled Bear Festival, which will be held this July 29th in the Tamesis municipality, in order to educate the local community about the new biological corridor.