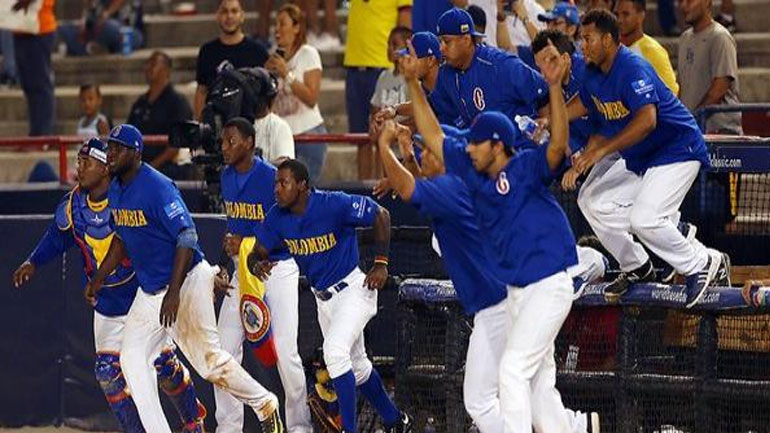 Colombia became the 15th team to earn a bid to the 16-team world championship, to be held in 2017.

Dilson Herrerra was the star, hitting an eighth-inning solo homerun just inside the left-field foul pole. Herrerra, a second-base prospect in the New York Mets system, was near tears after the game as he spoke the sports cliches that still manage to retain their truth.

“I was just trying to make good contact,” said an elated Herrerra. “I was thinking of my country, I was thinking about my team. I said, “The game’s not over until the last inning.’’”

After Herrerra’s homerun, manager Luis Urueta used Carlos Diaz to get the first out of the ninth inning, then Horacio Acosta to save Colombia’s historic win.

“This is a big win for our country,” said Urueta. “We keep improving, we keep developing our players.”

Colombia played without some of its best talent, who remained in spring training with their Major League teams. Many of those top players are expected to join the national team for next year’s world championship.