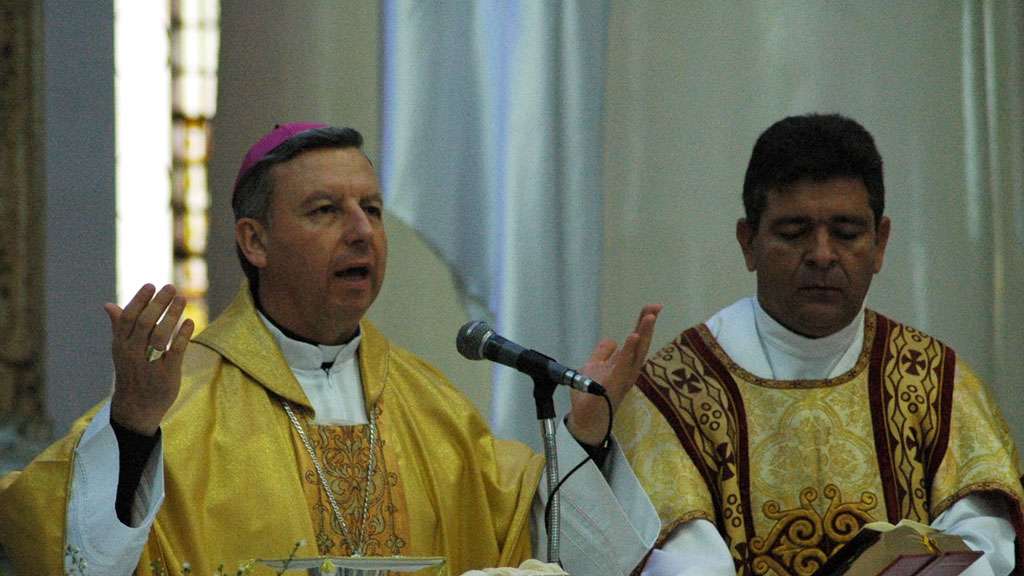 Colombia bishop offends both Catholics and gays with one remark

A Roman Catholic bishop has managed to offend both conservative church-goers and members of Colombia’s gay community during a speech intended to denounce discrimination based on sexual orientation.

Bishop Juan Vicente Cordoba, the top authority at one of the seven dioceses comprising Bogota, was speaking Thursday at a conference about gay marriage and adoption co-sponsored by Colombia’s leading gay rights organization.

Both issues are being hotly debated in Colombia after the nation’s constitutional court last year allowed a lesbian couple to adopt a child born to one of them. Lawmakers are considering calling a referendum to extend such rights to all same-sex couples.

While defending church doctrine on marriage between a man and a woman, Cordoba said that homosexuality is not a sin and that gays are welcomed by the church.

While illustrating the point, the Jesuit priest used a pejorative Spanish term for a gay man, and wondered aloud whether one of Jesus’ 12 apostles could have been homosexual and Mary Magdalene a lesbian.

“No one chooses to be gay or straight,” Cordoba said in his speech. He also referred to male and female genitalia. “One simply feels, loves, experiments, is attracted, and no attraction is bad.”

Cordoba apologized for his remarks Friday, saying they were taken out of context and he didn’t know media was present.

In a statement, the bishop apologized to “whoever felt scandalized or hurt by the unfortunate expressions which have no theological or moral value.”

He stressed that according to Catholic teaching, sexual relationships between same-sex couples are “inherently a disorder and go against natural law.” Still, he added, the church should show respect for the lesbian, gay, bisexual and transgender community.