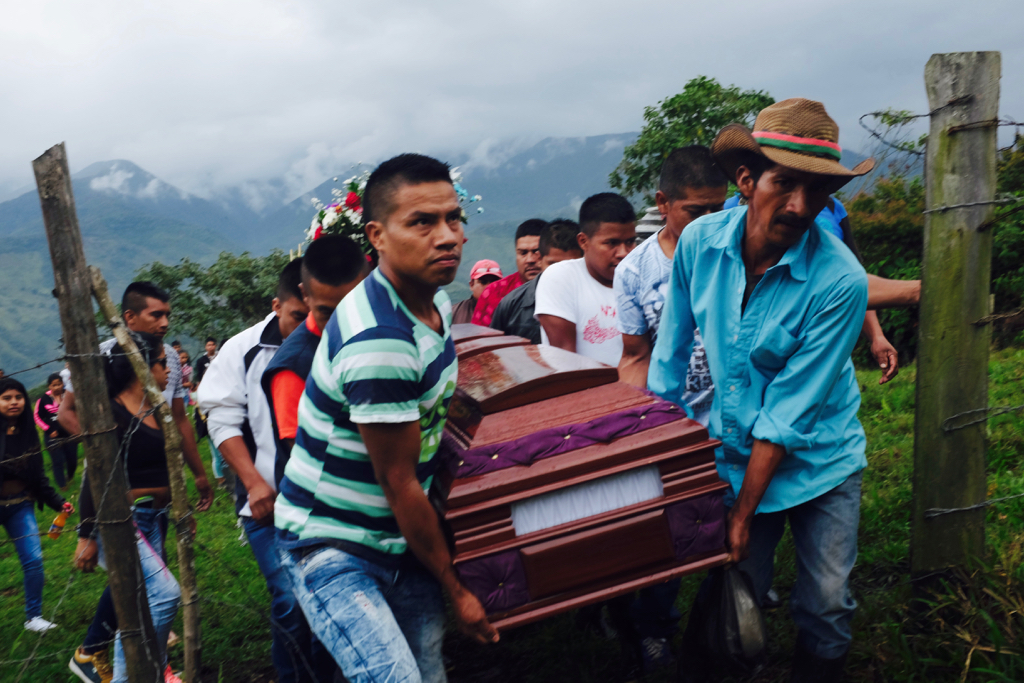 Despite signing an historic peace agreement with the country’s oldest rebel group the FARC, Colombia edged out Venezuela as South America’s most violent country, according to Global Peace Index (GPI) 2017 report.

Colombia tied with Turkey ranking 146 out of 163 countries in terms of peacefulness; Venezuela was ranked at 143.

While the the report recognized that the peace process between the government and the FARC had reduced the impact of “terrorism” and “death from internal conflict” in the Andean nation in 2016, the overall score was held down by the persistence of the smaller ELN rebel group and “lagging contributions to UN peacekeeping missions.”

The report also noted that while there have been fewer deaths as result of internal conflict, forced displacement has continued to rise.

Colombia’s war with FARC may be over, but forced displacement is up in former conflict areas

According to the report, Colombia’s efforts to end the longest-running armed conflict in the Western Hemisphere had improved conditions across its borders in countries such as Ecuador, where there was “less spillover effects.”

In Colombia, the ceasefire and peace process between the government and the FARC was reflected in improved scores in a host of indicators—most importantly, reductions in impact of terrorism and number of deaths from internal conflict.

The report claimed that violence had cost 36.9% of the country’s GDP, or $230 billion, making the Andean nation the fourth biggest loser of economic value caused by violence after Syria, Afghanistan and Iraq.

The GPI 2017 report was released by the Institute for Economics and Peace (IEP), an independent, non-profit think tank based in New York City.

In the past year, 93 countries around the world registered improvement in their levels of peace while the situation has deteriorated in 68. The GPI recorded slight improvements in peace in 2016, but the Index records a less peaceful world over the past decade.