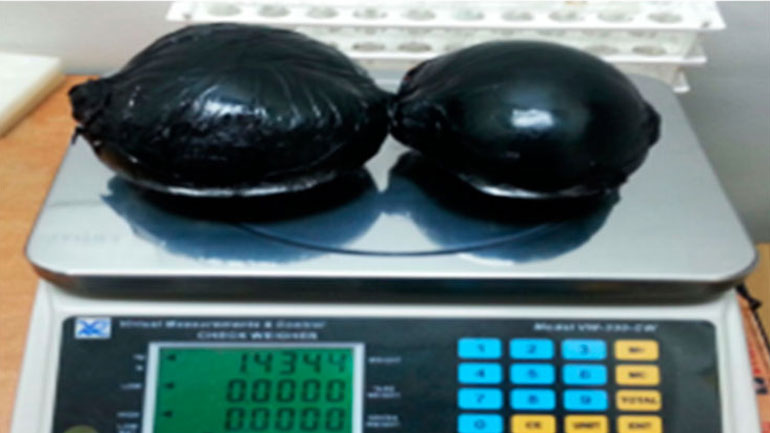 Colombia arrests Mexican with 1.4kg of cocaine in breast implants

The National Police arrested a Mexican woman who was preparing to travel to her native country with three pounds of cocaine in her breast implants at the airport, informed authorities Thursday.

The convict, Patricia Guadalupe Luin, was in Colombian territory with the alleged purpose of having cosmetic surgery performed on her breasts.

The cops busted the woman’s drug-filled breasts after finding irregularities in the screening process at Medellin‘s international airport, where she was hoping to catch a flight back to her home country.

The drugs inside of the woman’s new implants had an estimated street value of $24,000.

So far in 2015, the National Police have seized 142.2 tons of cocaine throughout the Colombian territory — the large majority of which was not found inside a female’s mammary glands.