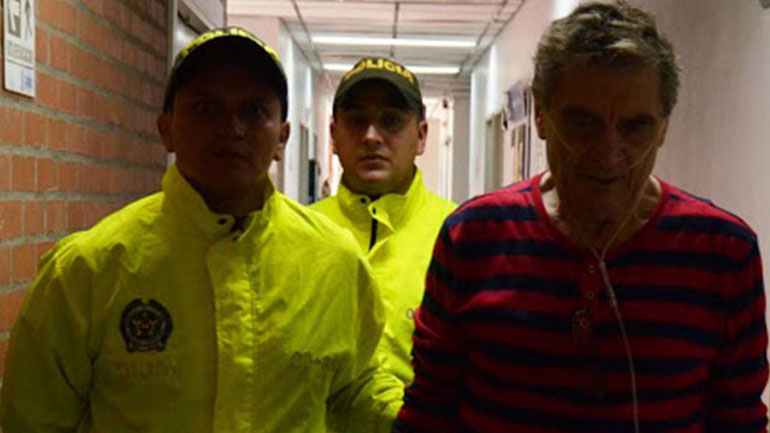 Colombian authorities on Sunday reported the arrest of an Argentine citizen who is wanted for extradition by his country where he is accused of crimes against humanity committed during the 1976-1979 dictatorship.

Juan Carlos Francisco Bossi was picked up on Sunday by Interpol in Colombia’s second biggest city, Medellin, where he had apparently been hiding since 2010.

The Argentine fled his native country in 1983 for Spain after being accused of being part of the ‘de facto’ government called “National Reorganization Process” from 1976 to 1981.

He belonged to the Civil Intelligence Staff of the Argentine Army between 1976 and 1979 and it is alleged that he participated in killings, torture, forced disappearances, threats, conspiracy, illegal imprisonment, persecutions aswell as other crimes.

Reports from Argentine media have claimed that during this period an undetermined number of bodies of people who had been killed were thrown into the ocean from airplanes and helicopters in so-called ‘death flights’.

Some 18,000 people disappeared in Argentina during the military regime, according to official figures, although human rights organizations put the figure at 30,000.

Argentina’s government were offering a reward of $32,000 for information leading to Francisco Bossi’s arrest.

After an investigative process of more than a year and a half, Interpol officials captured Bossi at a residence in the capital of the province of Antioquia, where he was identified with a false Colombian document.

Bossi was part of a list of 52 repressors under the dictatorship of Lieutenant General Jorge Rafael Videla, who were allegedly responsible for these atrocities.

Argentina has repealed laws that had once shielded military personnel accused of human rights abuses during the dictatorship.

Prosecutors have since re-opened cases related to state terrorism since the laws were overturned.