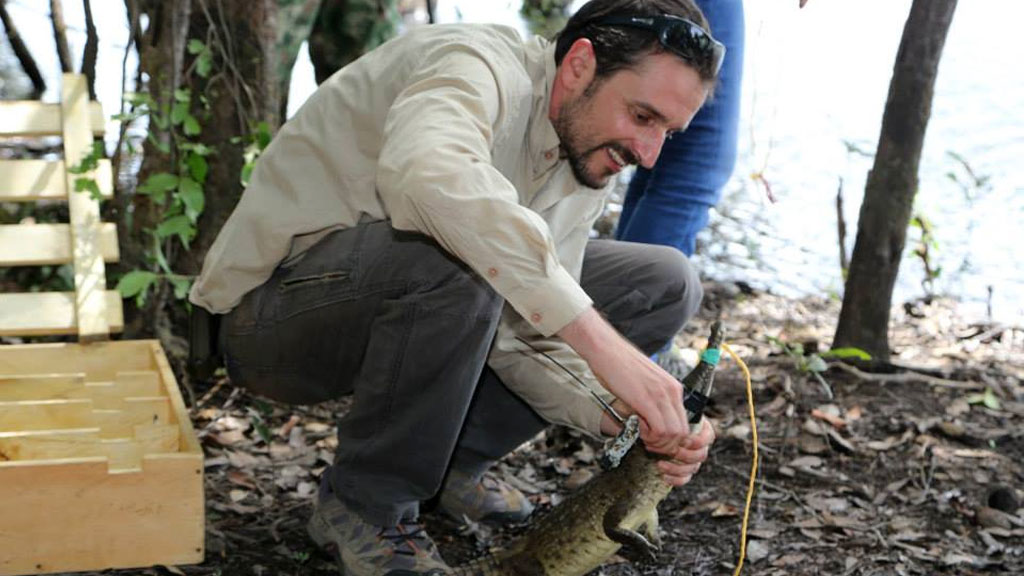 For the first time, 21 young caymans were released into the eastern Vichada province of Colombia Tuesday, with the hope that the species will avoid extinction despite being at risk due to over-hunting.

The individuals, all between one and two years old, were released into El Tuparro National Park with help from private companies and environmental organizations.

“The idea is that this is the start of the liberation of more caymans and more species that are at risk of extinction … like the jaguar or panther.” explained Environment Minister Gabriel Vallejo.

The group traveled to the heart of the park to release the reptiles after two hours on a plane, 15 minutes in a car, and 50 minutes by boat.

The crocodiles were released one by one by Rafael Antelo, crocodile expert and scientific director of the Palmarito Foundation.

Environmentalists have hailed the return of these creatures to their natural habitat as an important step in the process of conservation of the species.

The only challenges that remain are careful monitoring of the individuals and recovery of more crocodile eggs in the Arauca province.